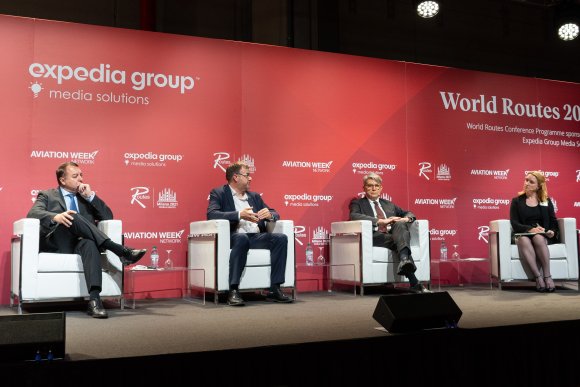 Addressing delegates at World Routes 2021, de Oliveira said Walsh’s comments at IATA’s AGM in Boston were disappointing, describing them as “not proactive” or “part of the good spirit of the industry.” Instead, airlines and airports should work together on broader issues such as government taxation, he said.

Walsh alleged that increased charges from airport and air navigation service providers (ANSPs) have already reached $2.3 billion. IATA also stated that further rises could be “tenfold this number” if proposals already tabled by airports and ANSPs are granted.

“[Walsh’s comments were] really a surprise,” de Oliveira said. “The industry is an ecosystem; it is not an airline in an airport. There are so many industries that depend on the aviation sector to survive.

“You need to hear all sides of the argument. I think the position taken by Mr Walsh was not proactive and not part of the good spirit of the industry.”

De Oliveira highlighted that airports have suffered enormous financial stress and remain infrastructure-intensive businesses. He added that the sector needs to speak with one voice on issues such as heavy government taxes on aviation. A focus on this will “help the whole ecosystem,” de Oliveira said.

ACI has estimated that airport operators directly pay more than $10 billion in taxes at the global level, which represents around 7.6% of total airport costs. When adding taxes paid by other air transport parties and levied from air passengers on air tickets, the estimated revenue from taxes rises to $90 billion globally.

“Before the pandemic, two-thirds of airports were incurring losses,” de Oliveira said. “Nowadays, I believe it is 100%. We didn’t receive any support from governments, except in the US where there was some aid.

“This needs to be a time when we work together so we can invest in the infrastructure needed for the future.”