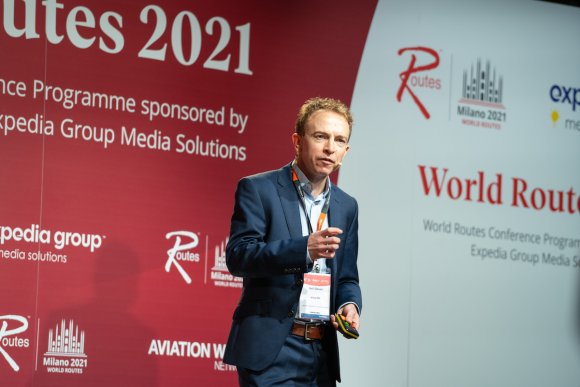 “Historically, we haven't tended to make many capacity changes in season. That's something we've been doing extensively over the last three or four seasons, but it's also something that we can see ourselves doing more going forward,” Slaven told delegates at World Routes in Milan on Oct. 12.

This greater willingness to make network changes later, or even mid-season, means easyJet is still willing to hear compelling cases for tactical route additions and capacity moves this winter. That said, opportunities are limited.

Likewise, aircraft allocations for summer 2022 are currently being finalized. While the door is closing for any significant schedule changes, easyJet is still open to offers.

Winter 2022 and summer 2023 negotiations are also open, particularly for more significant structural additions. “Everything is on the table. We very much welcome ideas, options, commercial offers,” he added.

EasyJet’s new strategy means that pitches are welcome for any of these seasons. “None of those gates are closed,” Slaven said. “We're always happy to have a conversation, even about short-term opportunities.”

As usual, easyJet’s focus is on cost and risk-sharing, with a primary focus on primary and secondary Western European airports in large catchment areas. Route pitches are much more likely to be accepted if they connect with one of easyJet’s existing bases.

“Not all of our growth will be based aircraft,” Slaven said. “With a very sizable fleet and with bases around Europe, we're able to direct significant volumes of capacity into airports where we don't have based aircraft.”

EasyJet is currently finalizing a shortlist of focus cities for 2023, establishing two, three or four European airports as targets for increased capacity.

“These are places where we don't have based aircraft,” Slaven said. “We have bases in nearly 30 airports around Europe. And if we direct all of that firepower at a single airport, then that allows us to significantly turn up the dial on volume.”

Following a recent rights issue, easyJet is planning to take advantage of any slot opportunities that emerge at constrained airports.

EasyJet has also restructured its network planning department, bringing capacity allocation and airport commercial negotiations together as one team, to make its network strategy more efficient.