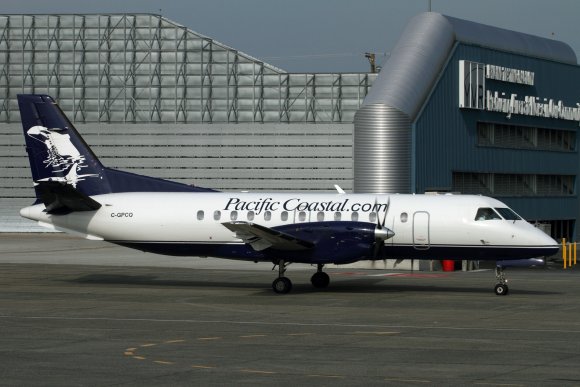 Canadian carrier WestJet is seeking to expand its transborder network to the US using regional brand WestJet Link.

An application has been filed with the US Transportation Department (DOT) to launch flights to Spokane (GEG) in Washington state from both Calgary (YYC) and Vancouver (YVR). Two return services per day are envisaged using 34-seat Saab 340B aircraft.

The routes would be operated by Pacific Coastal Airlines, a scheduled and charter carrier based in Richmond, British Columbia. It has requested authority for a foreign air carrier permit to fly the proposed services under the WestJet Link brand.

WestJet launched subsidiary WestJet Link in June 2018, primarily to provide feed from smaller cities in British Colombia and Alberta to the group’s Calgary and Vancouver hubs.

If the DOT approves the request, the routes will be Spokane’s first international services in more than a decade. WestJet Link will also become the third new carrier seeking to start flights from the airport.

In December, leisure-focused startup aha!, founded by US regional carrier ExpressJet Airlines, will launch a route from Reno-Tahoe (RNO) in Nevada, while Sun Country also intends to serve GEG from Minneapolis/St Paul (MSP) from June 2022.

The planned US expansion comes as WestJet announced that Harry Taylor has officially assumed the role of interim president and CEO, taking over from Ed Sims. Taylor joined the company in 2015 as executive VP and CFO.