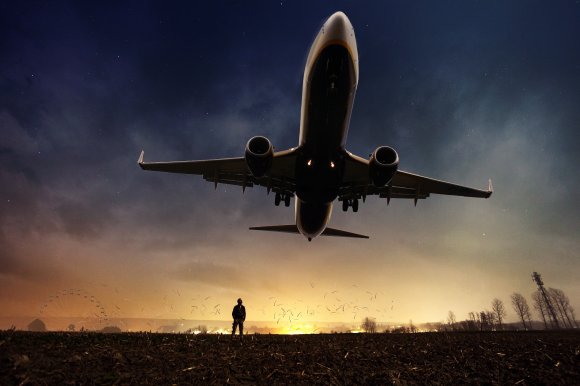 Strong growth in its domestic business coupled with the launch of its first intercontinental route helped Chinese low-cost carrier (LCC) Lucky Air to grow at a faster rate than any other major airline in the world over the past 12 months, research by Routesonline has revealed.

The airline, a subsidiary of Hainan Airlines, had 3.3 million more seats available in 2017 compared to the previous year, with a year-on-year growth rate of 35.3 percent.

Lucky Air launched its first flight in 2006 and has expanded rapidly in recent years. In addition to strong domestic growth through its strategy of flying to ‘second-tier’ cities, the airline has focused on expanding in South and Southeast Asia with flights to Kuala Lumpur and Penang among others.

In March 2017, the Kunming-based carrier took delivery of its first widebody, an Airbus A330-300, to operate long-haul services. Its second arrived in late December.

Lucky Air launched its first intercontinental service from Kunming to Moscow in June and at World Routes 2017 in Barcelona announced additional European services to St Petersburg and Helsinki. Speaking to Routesonline, marketing director Jiang Shuqiang added the carrier was planning a new base in Thailand to further its international push.

The list of fastest-growing airlines was compiled by ranking the top 100 carriers in the world by available capacity during 2017, based on figures from OAG Schedules. The data was then compared to 2016’s capacity figure and ordered by year-on-year percentage growth. All of the top 100 had more than 1 million available seats per month during 2017.

At second place in the rankings was Indonesian airline Sriwijaya Air with a 32.6 percent rise in capacity to 13 million available seats in 2017. The carrier has focused on growing internationally in recent months, particularly in China, adding services from Jakarta to Nanning and Haikou.

Elsewhere in the top ten were LCCs Eurowings (including Germanwings), Wizz Air and SpiceJet, demonstrating the ongoing disruptive force of budget airlines on the wider industry.

Lufthansa-owned Eurowings is one of the most eye-catching and is poised for further growth in 2018. Although the intended acquisition of Austrian carrier Niki fell foul of competition regulators, Lufthansa has vowed to invest about €1bn to rapidly grow the airline.

In December 2017, the group completed the purchase of Luftfahrtgesellschaft Walter from the administrators of Air Berlin, adding 33 aircraft to the Eurowings fleet. The aircraft comprise 20 Bombardier Dash 8 Q400s and 13 of the Airbus A320 family.

Wizz Air, meanwhile, ranked fifth in the list of fastest-growing airlines. The Hungarian LCC is mainly focussed on the Central and Eastern Europe (CEE) market but has been steadily expanding west over the past 12 months.

In June 2017 it opened a new base at London Luton Airport, its first in Western Europe, and in November announced plans to add four Airbus A320 aircraft to the base by June 2018, taking its fleet at the airport to five.

The carrier also bought slots at London Luton vacated by the collapse of Monarch and in December firmed up an order for an additional 146 Airbus A320neo family aircraft comprising 72 A320neo and 74 A321neo.