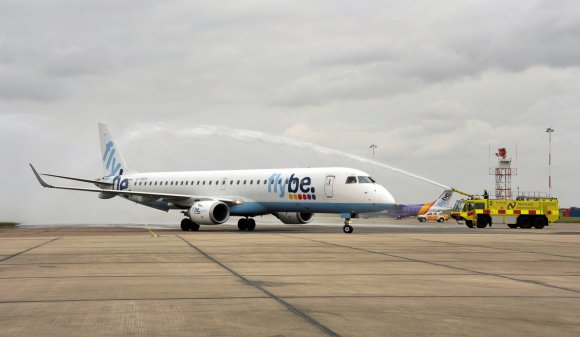 European regional carrier Flybe is in talks to secure emergency funding as it seeks to stave off a collapse that would place about 2,000 jobs at risk.

The joint venture paid just £2.2 million ($2.9 million) for the carrier but vowed to provide a £20 million ($26 million) bridge loan to Flybe and inject a further £80 million ($104 million) of funding. However, Routes understands that the shareholders have in the past week refused to inject additional finance.

Sky News has now reported that the airline is in talks about securing investment, with professional services firm EY on standby to handle an administration if the discussions prove unsuccessful.

It has also been reported that the UK’s Department for Business, Energy and Industrial Strategy and the Department for Transport have been engaged to see if the UK government could provide or facilitate any emergency financing.

A spokesperson for Flybe said: “Flybe continues to provide great service and connectivity for our customers while ensuring they can continue to travel as planned. We don’t comment on rumour or speculation.”

Connect Airways announced in November 2019 plans to rebrand Flybe as Virgin Connect. Speaking at the time, CEO Mark Anderson said: “At its heart, Virgin Connect will be passionately focused on becoming Europe's most loved and successful regional airline. It will offer travel that is simple and convenient with the personal touch.”

As part of the rebrand, the airline also said it planned to place “added focus” on business and visiting family and friends (VFR) travel, as well as providing feed for Virgin Atlantic’s long-haul flights.

According to figures from OAG Schedules Analyser, Flybe has 175,000 available seats across 96 routes during the w/c January 13, 2020. It is the UK’s largest domestic operator by frequencies with more than 1,700 scheduled flights this week, while it is the third biggest by domestic capacity behind easyJet and British Airways.