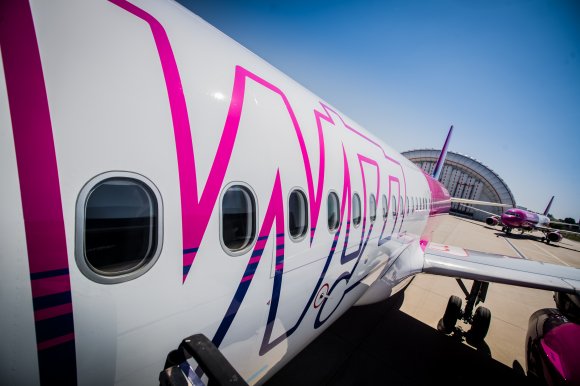 The new airline will connect the United Arab Emirates capital with Alexandria (HBE) in Egypt, Athens (ATH) in Greece, Kutaisi (KUT) in Georgia, Larnaca (LCA) in Cyprus, Odesa (ODS) in Ukraine, and Yerevan (EVN) in Armenia.

Two Airbus A321neo aircraft will initially be based at Abu Dhabi International (AUH), with four more joining the startup during its first six months of operation.

“This announcement is the first step of a long and much awaited journey as we are dedicated to developing our presence in Abu Dhabi, contributing to Abu Dhabi's economic diversity strategy while offering ever more affordable travel opportunities on our low fare network,” Wizz Air CEO József Váradi said.

“Wizz Air is the lowest cost producer operating the youngest and economically most efficient fleet of aircraft with the lowest environmental footprint. I'm confident Wizz Air will make a profound impact on the United Arab Emirates' economic development and the ramp up of its tourism industry."

From Oct. 1, Wizz Air Abu Dhabi will open two routes—AUH-KUT and AUH-ODS—which will be served 2X-weekly on Thursday and Sunday. The airline will begin AUH-HBE and AUH-ATH flights a day later, operating 3X-weekly on Monday, Wednesday and Friday. AHU-LCA and AUH-EVN operations will start on Oct. 3, which will be 2X-weekly on Tuesday and Saturday.

The launch network of Wizz Air Abu Dhabi comes as Etihad and Air Arabia prepare to launch a rival ULCC. Air Arabia Abu Dhabi will start operations on July 14 with flights connecting the capital of the UAE to HBE and Sohag (HMB) in Egypt.

It means that Air Arabia Abu Dhabi and Wizz Air Abu Dhabi will compete directly on flights between AUH and HBE.

According to OAG Schedules Analyser, Etihad provided regular service between the destinations until April 2012, resuming the route for a limited time in July and August 2019. However, it has been unserved ever since.