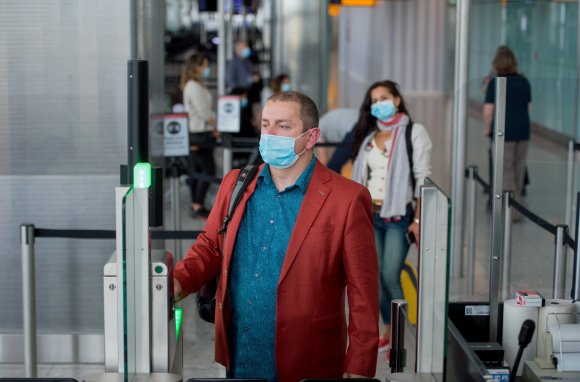 Airlines, airports and lobby groups have called on the US and UK governments to start trialing COVID-19 testing programs at airports to help kickstart transatlantic traffic.

The CEOs of Airlines for America, Airlines UK, London Heathrow (LHR) and Virgin Atlantic Airways urged the governments to establish a testing trial between New York and London by the end of the month “to gather real world evidence and data,” according to a letter seen by Reuters.

The letter said that in the immediate absence of a vaccine the “testing of passengers in aviation provides the best and most effective frontline defence.”

The market between New York and London is the most lucrative in the world but transatlantic traffic between the US and UK remains severely depressed.

Under the current coronavirus restrictions, British citizens cannot enter the US directly from the UK, while passengers arriving in the UK from the US must self-isolate for 14 days.

Sharon Pinkerton, senior vice president at Airlines for America, said: “One of the key steps to recovery is setting up an international pilot program between the US and either Europe, Canada, somewhere in the Pacific.”

According to OAG Schedules Analyser data, two-way capacity between the US and UK stands at 80,000 weekly seats (w/c Aug. 31), compared with more than 450,000 before the COVID-19 outbreak.

There are currently 11 routes operating between the US and UK, compared with 44 at the turn of the year. All UK services are from LHR, with US flights from Manchester (MAN) and London Gatwick (LGW) remaining suspended.

In a statement to reporters, the US Transportation Department said it “stands ready to support the safe resumption of international flights between the US and Europe.”

“Conversations are ongoing between the federal government, international partners, and industry stakeholders on these matters,” the department added.

The European Regions Airline Association has also urged governments to adopt airport testing programs “to allow for a greater movement of people in a safe and controlled manner.”

The organization said: “Although the use of testing does raise questions over cost, as well as logistical considerations, more support is needed from governments to ensure its implementation and ultimately, support of European air travel. Testing should however only be in place for as long as is needed during the current crisis and should be evaluated on a regular basis.”