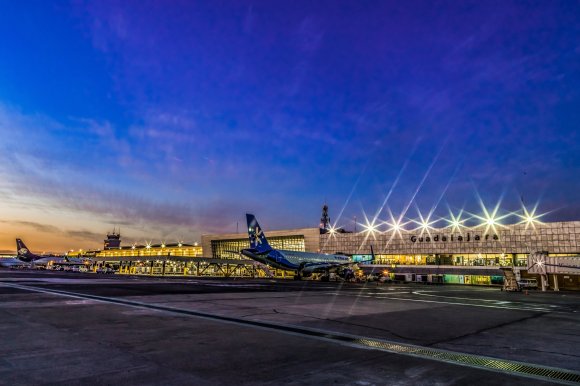 Aeroméxico has inaugurated a pair of new routes from Guadalajara, connecting the metropolis in western Mexico with the beach resort destinations of Cancun and Los Cabos.

The airline will operate seven flights per week from Guadalajara International (GDL) to Cancun (CUN) and 5X-weekly to Los Cabos (SJD). Both routes will be on board Boeing 737-800 aircraft, adding more than 1,900 weekly departure seats from GDL.

The launch of the routes is designed to capture more domestic leisure demand from Guadalajara, a city which is home to some 1.5 million inhabitants. The network additions mean Aeroméxico will serve nine destinations from the airport, five of which are domestic, and offer 90 flight departures.

“We are sure that the recovery and strengthening of air connectivity is a decisive factor for the reactivation of the tourism industry,” CEO of GDL operator Grupo Aeroportuario del Pacífico Raúl Revuelta said.

The SkyTeam alliance member, which in late June filed for a voluntary financial restructuring procedure under Chapter 11 in the US, will compete on both new routes from GDL with low-cost operators Viva Aerobus and Volaris.

According to the latest schedules data provided by OAG, Viva Aerobus flies GDL-CUN 11X-weekly using Airbus A320s and Volaris operates 34X-weekly using the same aircraft. Six weekly GDL-SJD frequencies are provided by Viva Aerobus, again on board A320s, and 10X-weekly services are offered by Volaris with a mix of A320s, A320neos and A321s.

Prior to the COVID-19 pandemic, Interjet also flew both routes 7X-weekly and Calafia Airlines served GDL-SJD 3X-weekly. Aeroméxico’s entry therefore takes GDL-CUN and GDL-SJD routes back up to pre-COVID-19 capacity of about 18,600 two-way seats and 8,000 two-way seats respectively.

Aeroméxico transported 644,000 passengers in August 2020, a 64% decrease on the previous 12 months but up 25.5% compared with July 2020. International passenger numbers were down by almost 84% in August year-on-year, while domestic volumes decreased by 51.5%.

During September, the carrier plans to increase its domestic operations by 75% compared to August, growing frequencies in 25 of the 39 domestic destinations it currently operates. As well as starting the two new routes from GDL, the airline has resumed operations from MEX to Acapulco (ACA).