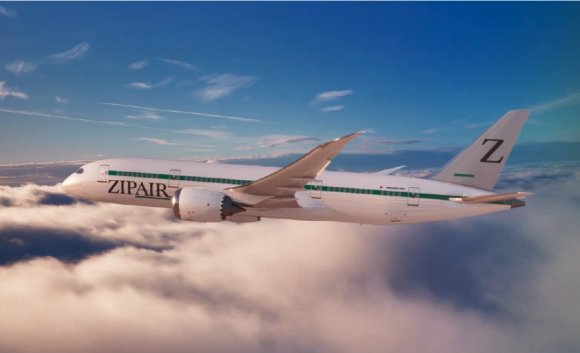 Japan Airlines (JAL) subsidiary ZIPAIR Tokyo will start its first passenger route later this month—six months after its original launch plans were delayed because of the COVID-19 pandemic.

The carrier will connect Tokyo Narita (NRT) and Seoul Incheon (ICN) from Oct. 16, operating 2X-weekly on Tuesdays and Fridays on board Boeing 787-8 aircraft.

ZIPAIR previously hoped to begin passenger service between NRT and Bangkok Suvarnabhumi (BKK) in May before launching flights to ICN in July.

However, the coronavirus crisis put paid to those plans, leading the startup to debut as a cargo-only airline on June 3 between NRT and BKK. A cargo service to ICN followed on Sept. 12.

“Due to the impact of the new coronavirus infection, we were forced to postpone the launch of our passenger flights, but we are finally able to welcome passengers on board,” ZIPAIR president Shingo Nishida said.

“Although the COVID-19 impact continues, we will do our best to serve our passengers with a new option for travel between Tokyo and Seoul.”

Passenger service between NRT and BKK is still being planned and ZIPAIR said the proposed start date and schedule would be announced as soon as they have been confirmed.

According to data provided by OAG Schedules Analyser, the Tokyo-Seoul market is already crowded. Six airlines currently operate between NRT and ICN, and one between Tokyo Haneda (HND) and Seoul Gimpo (GMP).

However, ongoing travel restrictions mean capacity remains significantly lower than pre-pandemic levels. There are currently 24,000 two-way weekly seats on offer between the two cities, compared with about 105,000 a year ago.

JAL, which already has a stake in Jetstar Japan, first unveiled details of the proposed long-haul LCC in May 2018. The name ZIPAIR Tokyo was announced in March 2019, with JAL explaining the name had been chosen because zip “describes speed, such as how fast time can pass when traveling on a unique airline.”

In April, Routes reported that ZIPAIR had applied to the US Department of Transportation (DOT) to launch daily service between NRT and Honolulu Daniel K. Inouye International (HNL) from the start of the IATA winter 2020 season. However, no launch date has yet been set for the route.