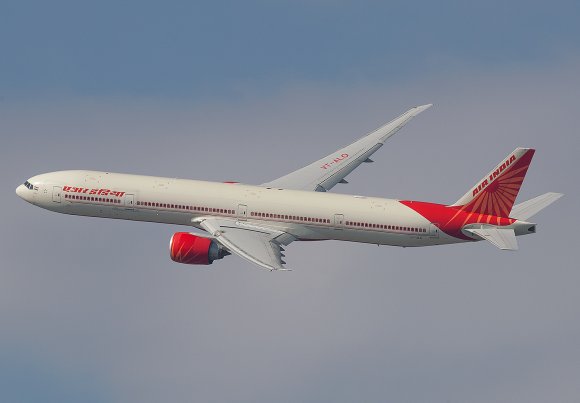 Air India has revealed plans to launch two new long-haul routes to the US early next year, one of which will become the farthest service in the airline’s network.

From Jan. 9, the carrier will start direct flights between Hyderabad (HYD) and Chicago O’Hare (ORD), marking the first nonstop service to the US from the city in southern India. The route will operate 2X-weekly.

Chicago has the second-highest population of Indian-Americans in the US, so Air India’s new route will likely target VFR traffic, taking advantage of the current demand that exists to see friends and family.

However, HYD is unserved nonstop from the US. Sabre Market Intelligence data shows O&D traffic between Hyderabad and the US totaled 651,072 two-way passengers, with New York the largest market, San Francisco second and Chicago third.

Air India will also begin a 2X-weekly nonstop route between Bengaluru (BLR) and San Francisco (SFO) from Jan. 11 using a 238-seater Boeing 777-200LR aircraft. At 14,003 km, the service will become the farthest to be operated by the airline, as well as being the longest flight to and from India.

Additionally, the route will become the first direct link between the destinations, connecting two international technology hubs. BLR described the expansion as a “significant milestone” that will “tremendously help passengers, enabling faster and easier access to cities on the West Coast of the United States.”

The planned launch of BLR-SFO route comes as United is also preparing to begin service between the destinations. The US carrier announced in September plans to open a BLR-SFO route in spring 2021. American Airlines is also due to begin flights from Seattle (SEA) to BLR next year.

Data provided by Sabre shows that Bengaluru is San Francisco’s second-largest market in India, with 71,967 passengers in 2019, behind Delhi with 142,273. Emirates is currently the airport-pair leader between SFO and BLR, with a 27% passenger share.

However, with a flight time of about 17.5 hours, the nonstop service set to be provided by Air India and United will significantly reduce travel time between the destinations, as well as allowing passengers to avoid traveling via hubs in the Gulf, Europe or Southeast Asia.