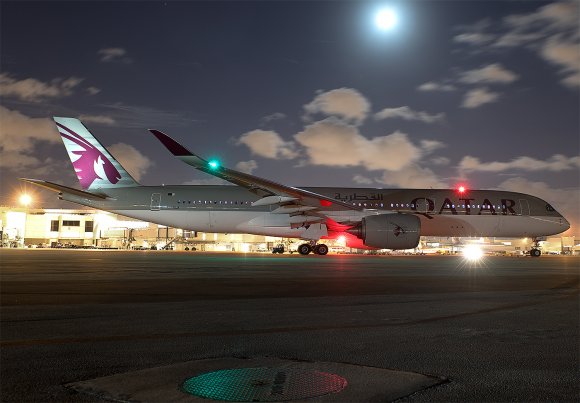 Seattle is being added to Qatar Airways’ network during the first quarter of next year, becoming the 11th destination in the US to be served by the Gulf carrier.

The airline plans to open a 4X-weekly route between Doha’s Hamad International (DOH) and Seattle–Tacoma (SEA) on March 15. Flights will be on board Airbus A350-900 aircraft featuring 36 business and 247 economy seats.

The planned launch of the 11,904-km (7,400-mi.) route coincides with Seattle-based Alaska Airlines’ entry into the oneworld alliance on March 31. Talks are already underway between Qatar Airways and Alaska Airlines about developing a codeshare agreement and deepening commercial cooperation.

“Qatar Airways is committed to enhancing connectivity within the US market, and the launch of flights to Seattle, our second new US destination since the onset of the pandemic, epitomises this commitment,” Qatar Airways CEO Akbar Al Baker said.

“We are excited to welcome Washington State’s largest city as our seventh new destination announced this year, and our 11th US gateway, surpassing the number of destinations we operated in the US pre-COVID-19.”

In October, Qatar Airways announced plans for a 4X-weekly route between DOH and San Francisco (SFO) from Dec. 15. Flights will be on Tuesdays, Thursdays, Saturdays and Sundays using A350-900 equipment.

In a statement, Qatar Airways said that passengers traveling from SEA would be able to connect through DOH to destinations not served direct from the US airport. By the end of March, the airline intends to operate flights to 20 destinations in Africa, 29 in Asia-Pacific, 13 in India and 15 in the Middle East.

The planned launch of the route comes as Gulf rival Emirates’ service between Dubai (DXB) and SEA remains suspended. Flights were halted in March 2020 as the coronavirus crisis deepened and the West Coast city is yet to return to the carrier’s network.

According to OAG Schedules Analyser, daily operations are scheduled to restart on March 28. However, this has not been confirmed by the airline and reservation remains closed.