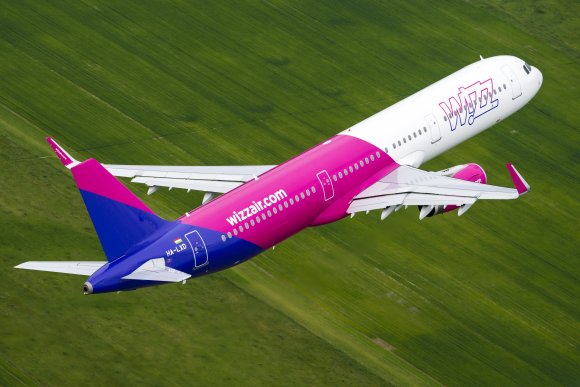 Hungarian ULCC Wizz Air is continuing to grow its operations in Norway with the launch of five new leisure routes this summer to destinations in Western Europe.

From May, the airline intends to add flights from Oslo Gardermoen (OSL) to Alicante (ALC) and Gran Canaria (LPA) in Spain; Chania (CHQ) in Greece; Larnaca (LCA) in Cyprus; and Split (SPU) in Croatia.

Wizz Air’s booking system shows all five new routes will initially be served 2X-weekly. ALC, LPA, CHQ and LCA will begin from May 14 and SPU starts in early June.

Senior communications manager Andras Rado said demand for sun destinations is “greater than ever” and the new routes will cater for Norwegians looking to go on vacation this summer.

Analysis of data provided by OAG Schedules Analyser reveals the ULCC will face competition on each of the new routes when flights are launched.

Since then, services from OSL to Harstad-Narvik (EVE) and Stavanger (SVG) have launched, as well as SVG-TOS and SVG-TRD, taking Wizz Air’s domestic network in Norway to seven routes.

The growth puts further pressure on Norwegian, which this month confirmed it has exited the low-cost long-haul market to focus on services within Norway and to “key European destinations.”

The carrier said ongoing COVID-19 travel restrictions mean that “future demand remains highly uncertain” for its flights to the US and Asia, making its long-haul operations no longer viable.