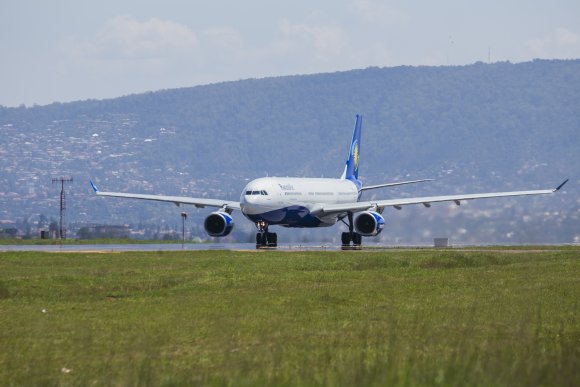 Rwanda’s flag-carrier Rwandair is seeking permission to launch flights to New York later this year with a one-stop route operating via Ghana.

The latest request comes two years after the airline announced plans for a New York route, again operating with an ACC-JFK fifth-freedom flight. As the time, the carrier envisaged beginning service in mid-2019 but the route failed to launch.

Delta Air Lines is currently the only provider of nonstop flights between the US and Ghana, operating JFK-ACC daily. However, United Airlines intends to start a 3X-weekly Washington Dulles (IAD)-ACC route in May.

In a separate request to the DOT, Spanish start-up World2Fly is seeking a foreign air carrier permit to operate scheduled and charter flights between the European Union and the US.

The carrier’s application said approval would “benefit the traveling public in the US and EU by providing additional travel choices, new service options, and increased competition in the marketplace.”

World2Fly expects to receive its AOC in March and plans to operate Airbus A350 aircraft. The airline is being launched by hotel group Iberostar.