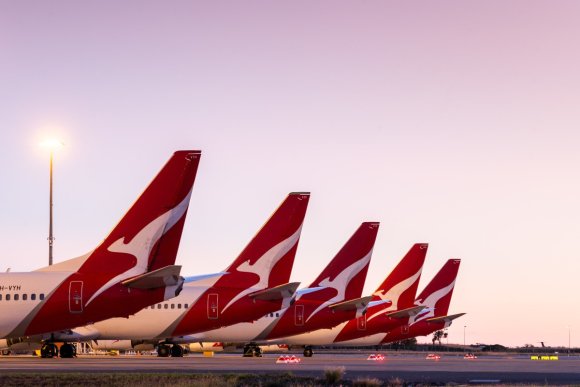 Australian carrier Regional Express (Rex) plans to embark on “a major revamp of its regional route network” in response to “aggressive predatory moves by Qantas” into thin regional domestic routes.

Rex deputy chairman John Sharp claimed that the oneworld alliance member has embarked on a “deliberate strategy” of moving onto routes that can only support one regional carrier in an attempt to “intimidate and damage” his airline.

As a result, Rex's flights on “marginal routes” from Sydney (SYD) to Bathurst (BHS), Cooma (OOM), Grafton (GFN) and Lismore (LSY), and the route between Adelaide (ADL) and Kangaroo Island (KGC) will be cut at the end of March once government support expires.

Rex blamed the move to suspend these five routes on Qantas’ decision to compete with it on eight separate routes where the carrier described current passenger numbers as “laughable.”

The routes in question are from SYD to Orange (OAG), Merimbula (MIM) and Griffith (GFF), as well as from Melbourne (MEL) to Albury (AXB), Mount Gambier (MGB), MIM and Wagga Wagga (WGA). ADL-MGB is the eighth route listed.

“Qantas has clearly embarked on a deliberate strategy of moving into Rex’s routes that can only support one regional carrier in an attempt to intimidate and damage Rex in its traditional regional market, hoping that Rex would be a less formidable competitor in the domestic market.”

But Sharp said that Rex would “stand its ground” on the eight routes, even if “inevitably both carriers will be making significant losses.”

“Unfortunately, the expected drag on Rex’s financial position from the losses on the above eight routes will mean that Rex will be unable to continue subsidising marginal routes that we have serviced for the past 20 years,” he added.

Rex also plans to begin flying two routes in April that Virgin Australia has exited, leaving Qantas as the sole operator. These are SYD to Coffs Harbour (CFS) and Port Macquarie (PQQ).

QantasLink CEO John Gissing hit back at the allegations from Rex, describing them as a “classic Rex tantrum.” He added that it “feels like Rex is trying to blame Qantas for other challenges they may be having.”

“Rex’s idea of competition is that it’s something that happens to other people, because they believe they have an enshrined right to be the only carrier on some regional routes,” Gissing said.

“We don’t start routes if we don’t think they will be commercially viable for us. We know that extra capacity and lower fares increases overall travel demand, which is good news for the regional communities we will be operating to.

“We’ll be reviewing our network and consider whether we can offer services on any of the routes that Rex is threatening to pull out of.”

Meanwhile, Qantas has announced it will add three new routes and extra seats to the New South Wales north coast to support growing demand for holidays in Australia.

More seats will also be added between SYD and CFS—one of the routes Rex plans to start—with the introduction of Qantas’ larger two-class 717 aircraft during the April school holidays, operating alongside Q400s.