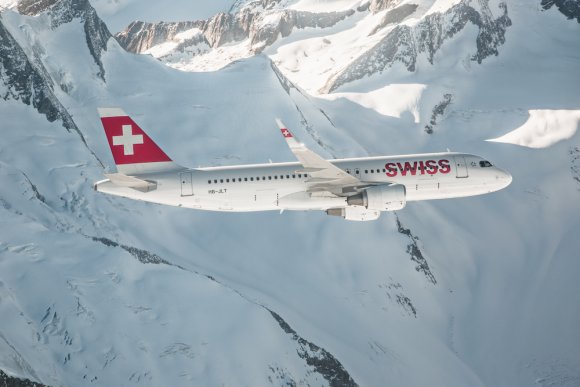 SWISS plans to launch five new short-haul European routes over the coming months, although the Star Alliance member does not expect to see “any tangible resumption of air travel activity until mid-summer at the earliest.”

A total of 85 destinations from Zurich (ZRH) and 43 from Geneva (GVA) will be served during the summer 2021 season, with a focus on VFR and leisure traffic. Two new routes are being launched from ZRH and three from GVA.

However, the carrier admitted that its schedules would be “considerably less extensive” than had originally been planned, especially in the second quarter. The Lufthansa Group company expects third quarter operations to be about 65% of 2019 capacity levels.

“With the tighter travel restrictions in response to high infection rates, we have again had to tangibly reduce our service offer,” CCO Tamur Goudarzi Pour said.

“We won’t be substantially expanding it again until the summer travel season. But when we do so, we’ll be putting a clear focus on leisure travelers and on customers visiting friends and relatives, as the business travel segment will take longer to return.”

Planned new routes from ZRH are to Tallinn (TLL), the capital of Estonia, and Billund (BLL) in Denmark. SWISS will fly to TLL from June 25 and to BLL from July 2, with both destinations receiving 2X-weekly flights.

In addition, service will be restored from ZRH on various European and intercontinental routes on which they are currently suspended.

On the ZRH short-haul network, Niš (INI) in Serbia and Sarajevo (SJJ) in Bosnia and Herzegovina will each receive up to two flights a week from April 1. London City (LCY) returns on May 12, with 12X-weekly flights planned, and a 5X-weekly service to Bordeaux (BOD) resumes on June 18.

SWISS will continue to maintain a minimal flight program in GVA until the end of March. However, three new points will be served from the airport this summer.

Santorini (JTR) will receive two nonstop flights a week from June 19 and 2X-weekly services will also be offered to Split (SPU) in Croatia from July 2. A 1X-weekly service to Funchal (FNC) on the Portuguese island of Madeira will be start on Sept. 4.

The destinations receiving the most services from GVA in the coming summer timetable period include London Heathrow (LHR), Athens (ATH), Porto (OPO) and Lisbon (LIS).

Meanwhile, fellow Lufthansa Group carrier Austrian Airlines has announced that two long-haul routes will return to its summer schedule. From May, routes from Vienna (VIE) to Montreal (YUL) and New York John F Kennedy (JFK) will resume, each operating 3X-weekly.

Austrian already serves Newark (EWR), meaning the total number of flights to New York will increase to eight connections per week as of May.

“With five destinations in North America and three in Asia, including Tokyo and Bangkok, our long-haul services are back on a slight climb this summer,” Austrian Airlines CCO Michael Trestl said.

“Unfortunately, however, we are still a long way from reaching cruising altitude. We hope that a rapid increase in the vaccination rate and a corresponding relaxation of travel restrictions will give us a further boost in the future.”