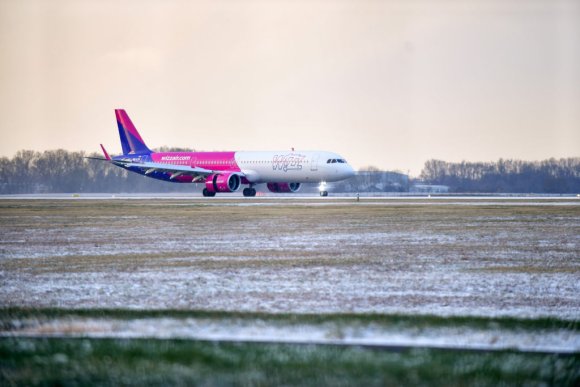 A lack of clarity from governments across Europe is hampering the recovery of air travel in the region, according to Wizz Air CCO George Michalopoulos, who called on leaders to provide a coordinated approach towards easing COVID-19 travel restrictions.

Speaking during Routes Reconnected on April 26, Michalopoulos said the Hungarian ULCC was ready to step up capacity as “quickly as we can” but the current uncertainty over border reopenings, testing and quarantine requirements risks jeopardizing the recovery this summer.

“I think we are starting to see the light at the end of the tunnel for the long-term—vaccination rates are slower than expected, but we’re getting there,” he said.

“The real question for us is more in the short-term—and governments appear to be extremely reluctant to give any sort of visibility beyond a few weeks. That makes life incredibly difficult for airlines and passengers.”

Michalopoulos said Wizz demonstrated last summer that the airline was fast to respond when travel restrictions were eased, with capacity reaching about 80% during August. He added the carrier has been “as quick or quicker” than other operators to add back flights when the opportunity arises.

However, Michalopoulos hit out at the failure in Europe to coordinate measures, saying the patchwork of rules is undermining booking confidence as placing all of the risk on airlines.

“I think governments need to acknowledge that large parts of the population are now being vaccinated or have been vaccinated,” he said. “The number of infections today is not going to have the same impact on population and hospitalizations as it did six or nine months ago, and I think they really need to be factoring that.”

Michalopoulos pointed to the US domestic market, where capacity this week (w/c April 26, 2021) is about 13.6 million seats data provided by OAG Schedules Analyser shows—equivalent to around 71.1% of the same week in 2019. Overall capacity in Europe this week is about 27% of 2019 levels.

Despite the continued uncertainty heading into the peak northern summer season, Wizz remains on the front foot when it comes to its expansion plans. In recent weeks, the carrier has announced its 42nd base in Palermo (PMO), Italy, where two A321s will be stationed from June.

A fourth aircraft has also been allocated at its Tirana (TIA) base in Albania from May, enabling the start of six new routes. Other new developments this year include the launch of a base at Sarajevo (SJJ) in Bosnia and Herzegovina, alongside adding flights to Banja Luka (BNX) in the country.

“We came into this pandemic in a very strong financial position which allowed us to continue investing,” Michalopoulos said. “As opposed to a number of other airlines, we're going to be a significantly larger airline as we come out of this pandemic than where we were.

Michalopoulos called on airports to be flexible in the coming months—and claimed they would reap the dividends of having Wizz as an airline partner in the long-term.

“There are some airports that have been completely inflexible, and we really had no choice but to adjust our schedules on those markets,” he said. “Airports need to be flexible in the short-term and work with us so we can be a long-term partner way beyond the pandemic.”

Michalopoulos declined to lay out expected capacity levels this summer although CEO Jozsef Varadi previously said it would be in the 60-80% range of 2019 levels.

In a trading update earlier this month, the Budapest-based ULCC said it expected “only a gradual traffic recovery into late summer 2021” before what it hopes will be a period of “good progress “of national vaccination plans across key markets.