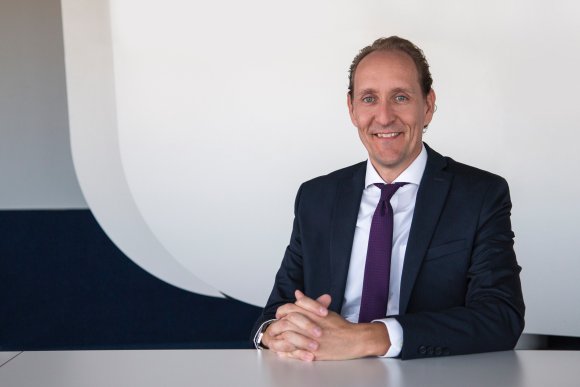 Swiss International Air Lines will emerge from the COVID-19 crisis as a smaller airline with a greater focus on serving leisure routes in the coming years, CEO Dieter Vranckx told Routes Reconnected on April 26.

However, the airline, which recently launched a host of additional short-haul leisure routes indicative of its new strategy, remains committed to the “360 degree hub” at Zurich (ZRH) and providing service for the business market over the long term.

Vranckx said the airline must focus immediately on the “critical” medium-term period, in order to “establish ourselves again in the market”.

“I can say for sure that SWISS will become smaller,” he said. "We need to adjust our size according to the market structure size, and therefore we will readjust the size of the company downwards.

“We already adjusting our cost base, because at a certain point business will pick up again, and we have to make sure we are competitive in the new world.

“Network-wise, we will probably have little bit more capacity pouring into the leisure destinations proportionally with less corporate traffic destinations.”

However, SWISS retains an eye on the long-term when the world will be “different,” and Vranckx is confident that the advent of technology will not eradicate the business market on which SWISS has thrived in recent years.

“In the two-to-five-year period, it's clear that there will be an impact on business travel, because we have all been forced in the last 12 months to realize what a video call can do, and also what it cannot do,” he said.

“I don't believe the people who say ‘everything will be digital in the future,’ I think that the balance will be in the middle.”

“Over time our network will balance out again because we need to make sure that we still continue to have an interesting corporate offer for our business travelers.”

Vranckx predicted that markets in Europe, the US and Asia would bounce back in that order, and that will form the core of SWISS’ network development plans in the recovery.

He also hinted that support for airlines from their airport and destination partners would be decisive in future network planning.

Despite the short-term change in network approach, Vranckx said the airline’s hub model is currently supporting certain routes which would become unviable for a point-to-point carrier and so the hub would remain a “key pillar” of strategy in the future.

“We still have a small hub function in Zurich that allows us to keep certain O&Ds, which basically would not be able to stick around otherwise,” Vranckx said.

“So we stick to the hub and spoke model. It’s very clear that’s a model which has kept us above water during the COVID crisis and therefore it's not just something which helps us today but which will still be a key pillar of our strategy going forward.

“We are connecting Switzerland with the world and we will continue to do that.”