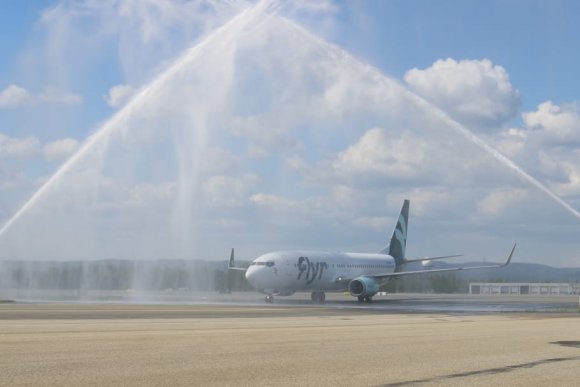 The airline’s inaugural service took to the skies on June 30 between Oslo (OSL) and Tromsø (TOS). Flights will be operated up to 19X-weekly using Boeing 737-800 aircraft.

“This is a day we have been looking forward to for a long time. We would not have been able to do this without our fantastic colleagues, partners, authorities and not least the customers who have given us a brilliant reception,” Flyr CEO Tonje Wikstrøm Frislid said.

Data provided by OAG Schedules Analyser shows Flyr will compete on the OSL-TOS sector with Norwegian and SAS Scandinavian Airlines, which currently operate the route 30X-weekly and 37X-weekly respectively. Flyr will add about 7,500 two-way weekly seats to the market, giving it a 24% share of capacity between the destinations.

The LCC’s maiden international routes start on Aug. 21, linking OSL with Alicante (ALC) and Malaga (AGP) in Spain, alongside Nice (NCE) in France. AGP and NCE will receive two flights per week, while ALC will be served 1X-weekly.

Flyr recently signed collective agreements with its cabin crew and pilots’ unions that will run until March 2024. The airline said its ambition is to “reverse the trend in aviation with increased use of outsourcing and labor from low-cost countries.”

“We are starting an airline with blank sheets, which we want to build together with all our employees and unions,” Frislid said. “An important building block in this work is our model for profit sharing, which will include all employees in Flyr on equal terms, not just management.”