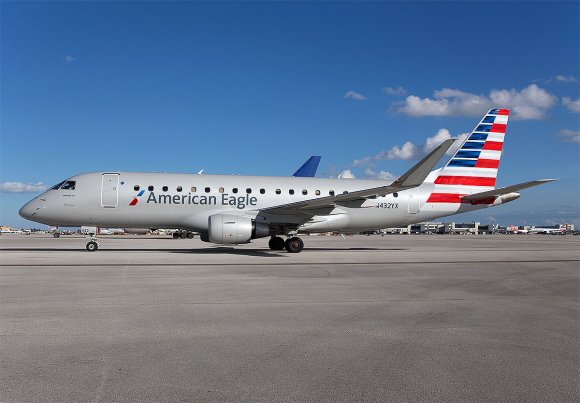 American Airlines is adding more routes and flights out of Miami International (MIA) ahead of Spirit Airlines’ entry to the market.

The oneworld alliance member has filed plans to start six domestic and two international services from the airport during the upcoming winter 2021/22 season, as well as increasing frequencies on a dozen other routes.

According to the latest data provided by OAG Schedules Analyser, the carrier will begin domestic flights to Albany (ALB), Burlington (BTV), Madison (MSN), Syracuse (SYR) and Tulsa (TUL) from Nov. 6. Each destination will receive one flight per week using Embraer E175 aircraft.

The two new international routes will connect MIA with San Andrés (ADZ), a Colombian island in the Caribbean Sea, and Chetumal (CTM), a city on Mexico’s Yucatán Peninsula. Flights to ADZ will start on Dec. 1, while CTM begins on Dec. 4. Both destinations will be 2X-weekly using E175s.

In addition, the Dallas-Fort Worth-based airline is increasing frequencies on 12 more routes from MIA, including growing Jacksonville (JAX) from 6X-daily to 7X-daily; New Orleans from 4X-daily to 5X-daily; and Santo Domingo (SDQ) from 3X-daily to 6X-daily.

Overall, the latest schedules show that American intends to serve 139 destinations from MIA by mid-December 2021, offering almost 400,000 departure seats across about 2,550 flights. This compares with 344,000 weekly seats and 2,400 flights during mid-December in 2019.

In total, the carrier has scheduled 1.75 million MIA departure seats for the month of December, representing an 18.4% rise on the same month two years earlier.

American’s ongoing expansion from Miami comes as Spirit prepares to begin operations from MIA in September. The ULCC is already the largest carrier at Fort Lauderdale (FLL) but will begin the first of 18 domestic and 12 international routes from MIA in October, giving it a presence at all three of South Florida’s major airports for the first time.

Speaking at Routes Americas 2021 in late-June, Spirit network planning VP John Kirby said MIA’s decision to switch its gates to a preferential-use model, rather than the previous common-use model, had been a deciding factor in the proposed launch this fall. Under the new system, the cost per passenger is lower for airlines making efficient use of the gates.

“With the change to the preferential model, Miami’s costs have gone down precipitously,” Kirby said. “It allows us to leverage our high utilisation model, and probably have the lowest costs in Miami of any carrier once we get started.”

Once all 30 routes have launched, OAG data shows that Spirit will become the second-largest airline at MIA. During December 2021, the airline will offer 157,000 departure seats, giving a capacity share of 5.3%. American is the largest with a 59.5% share, with Delta Air Lines third on 5%.