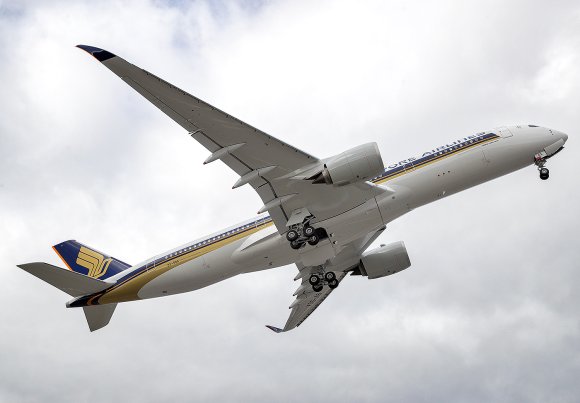 Singapore Airlines (SIA) is launching a fifth freedom flight to the US later this month, with plans to operate from Singapore (SIN) to Los Angeles (LAX), via Taipei Taoyuan (TPE).

The route will commence on Aug. 25, operating three times per week using Airbus A350-900 aircraft in a three-cabin configuration. It represents a service resumption for the airline, which last offered the same route in September 2008.

“With this new service, SIA continues to demonstrate its commitment to rebuild and grow our US route network,” SIA regional VP of the Americas Joey Seow said.

The flag-carrier already serves the Singapore-Los Angeles market, flying nonstop between SIN and LAX daily using A350-900s, as well as operating a 3X-weekly route from SIN to LAX via Tokyo Narita (NRT) onboard Boeing 777-300ERs. The latter route resumed in June after a 14-month hiatus because of the pandemic.

Seow said: “Our long-term strategy prioritizes flexibility in deploying our fleet, allowing us to move quickly to offer passengers new options for travel as opportunities arise, such as this new service to Taipei.”

The addition of new LAX-TPE services will bring SIA’s US route network to approximately 47% of pre-COVID flight frequency. Once the route launches, the carrier will offer about 9,600 weekly seats on routes to and from the US, compared with around 26,000 during the same week in 2019.

In addition to offering a new option for travelers, the new service represents a further increase in SIA’s freight capacity between Los Angeles, Taiwan, Singapore, and connecting destinations. This expanded cargo operation is anticipated to support freight shipments across a range of industries, including e-commerce, perishables and technology.