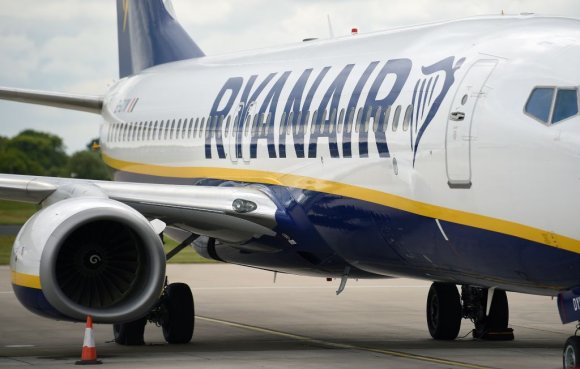 Irish carrier Ryanair is returning to the UK domestic market from December with the launch of flights between Manchester (MAN) and City of Derry (LDY).

The airline pulled all 12 of its UK domestic routes in late December 2020 amid a row with the UK CAA over the ULCC’s use of wet-leased aircraft. The Dublin-based airline blamed a “sudden change of policy” on the part of the UK regulator that had resulted in “unjustified restrictions” and made operation of the routes impossible.

The CAA hit back, saying that Ryanair “should not rely heavily on using wet-leased, foreign-registered aircraft to undertake their operations.” It is understood the airline has now added aircraft back to the UK register.

According to Ryanair’s booking system, the Derry-Manchester route will begin on Dec. 1, operating three times per week.

As well as marking the airline’s re-entry into the UK domestic market, it will also see the ULCC continue flights to Northern Ireland. The airline announced in August that it was exiting both of Belfast’s airports, blaming the UK government’s “refusal to suspend or reduce” air passenger duty (APD). The Irish carrier also cited a “lack of COVID recovery incentives” at each airport for the withdrawal.

Speaking after confirming the Derry-Manchester route, Ryanair director of commercial Jason McGuinness again called on the UK government to scrap or suspend APD.

“While Ryanair is committed to the UK and to Derry airport, the lack of government support continues to create barriers to boosting traffic and growth.”

On Oct. 11, McGuinness told delegates at World Routes 2021 in Milan that Ryanair is aiming to carry 165 million passengers in 2022, which is 10% more than its 150 million pre-COVID target. Over the past 12 months, the Irish LCC has opened 14 new bases, with a new three-aircraft base at Venice set to open in summer 2022.

Ryanair is looking to strike long-term deals with airports, as it seeks to place its new Boeing 737-8200s. By 2025, Ryanair will offer operate a fleet of over 620 aircraft, carrying 225 million passengers annually.