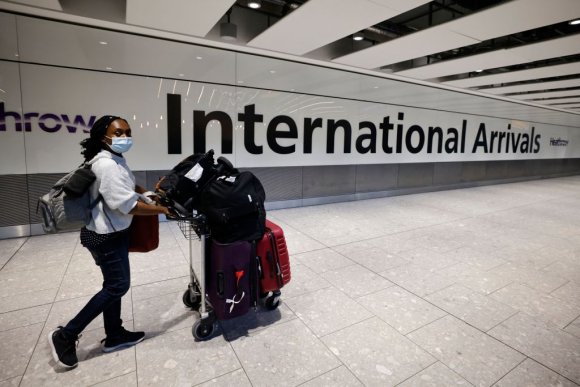 London Heathrow (LHR) will be allowed to increase landing charges from next year, the UK’s aviation regulator has said, in a move that is set to deepen the divide between the airport operator and its airlines.

The UK Civil Aviation Authority (CAA) has published its initial proposals for the next price control at Heathrow, which will come into force in summer 2022 and sets the maximum fees the airport can charge its airline customers for using the airport for the next five years.

The regulator has proposed that Heathrow will be able to increase charges per passenger from £22 ($30.42) to between £24.50 and £34.40. However, the CAA refused the airport’s request to nearly double its fees.

The CAA said it now would work with Heathrow, airlines, and other stakeholders to narrow this range over the next few months. Heathrow had requested to increase the cap on its charges per passenger to between £32 and £43, the authority added.

“We will test different scenarios with the industry, while continuing to monitor the sector’s recovery over the coming months,” a CAA statement said. “This means we will be able to hone our assumptions and narrow this range as we finalise the price control next year.”

In the meantime, an interim price control will come into effect from January 2022 and will remain in place until the final proposals have been implemented. Although subject to consultation, it will be about £30 per passenger.

The regulator acknowledged that it faces a balancing act of protecting passengers versus enabling the airport to invest following 20 months of disruption because of the pandemic.

“While international air travel is still recovering, setting a price control for Heathrow Airport against the backdrop of so much uncertainty means we have had to adapt our approach,” UK CAA CEO Richard Moriarty said.

“Our principal objective is to further the interests of consumers while recognising the challenges the industry has faced throughout the COVID-19 pandemic.

“These initial proposals seek to protect consumers against unfair charges and will allow Heathrow to continue to appropriately invest in keeping the airport resilient, efficient and one that provides a good experience for passengers.”

However, the CAA’s initial proposals have been met with anger from airlines, with Virgin Atlantic CEO Shai Weiss labelling the charges as “unacceptable” and saying they fail “to protect the British consumer.”

“It is concerning that the regulator has failed in its first opportunity to step in, and together with industry partners, we will oppose these proposals in the strongest terms to protect passengers,” he said.

Luis Gallego, CEO of British Airways owner International Airlines Group, described the planned increase as “disproportionate” and said the rise would undermine the competitiveness of Heathrow compared with other European hubs.

“A cost-efficient Heathrow would benefit travellers, businesses and the UK economy as a whole,” he said. “We will engage in the regulator´s consultation to ensure aviation can play its part to deliver this, and to advocate for UK consumers over the interests of Heathrow’s shareholders.”

The plans have also been met with anger from IATA director-general Willie Walsh, who said that passengers could end up paying 50% more if the charge is set at the top rate. “It is vital the CAA demonstrates it has not been gaslighted by Heathrow into accepting their outrageous demands,” he added.

Earlier this month, Walsh accused some airports and air navigation service providers of jeopardizing the recovery through “irresponsibility and greed,” alleging that increased charges have already reached $2.3 billion.

Speaking at World Routes 2021, ACI World director-general Luis Felipe de Oliveira described Walsh’s comments as “not proactive” or “part of the good spirit of the industry.” Instead, airlines and airports should work together on broader issues such as government taxation, he said.

De Oliveira highlighted that airports have suffered enormous financial stress and remain infrastructure-intensive businesses. He added that the sector needs to speak with one voice on issues such as heavy government taxes on aviation. A focus on this will “help the whole ecosystem,” de Oliveira said.

In response to the publication of the CAA’s initial proposals, a Heathrow spokesperson said the airport hopes to reach a settlement that enables it to “give passengers a great service while operating a safe, resilient and competitive hub airport for Britain.”

"That Heathrow is ranked by passengers as one of the best airports in the world is testament to the power of private investment over the past decade, and to enable this to continue, we believe the settlement should safeguard a fair return for investors,” the spokesperson added.

Heathrow reported a £2 billion annual loss for 2020 as the number of passengers passing through the airport fell to 22.1 million—the lowest since the 1970s.