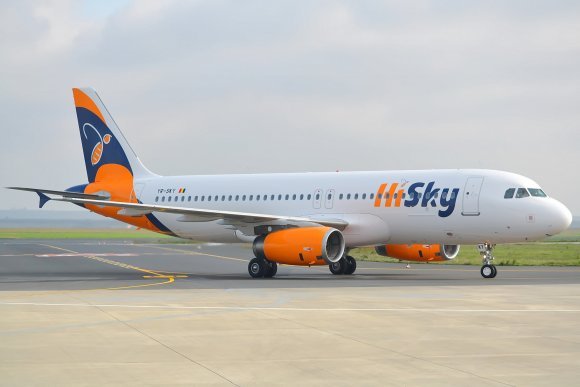 “We receive a lot of messages from passengers about their desire to fly to Italy,” HiSky GM Iulian Scorpan said. “The pandemic unpredictability and the permanent restrictions have made us reluctant, but the evolution of things shows us a positive dynamic and we believe that now is the time to announce this flight. We believe that it will be an attractive route for the diaspora in the region.”

HiSky will be one of six airlines to start flying to BGY this year. According to BGY, the all-Airbus A320 family operator also plans to fly 2X-weekly from the airport to Romanian destinations Baia Mare (BAY) and Targu Mures (TGM).

BGY noted that Eurowings has also launched service from BGY to Düsseldorf (DUS) in Germany. The route is being operated 4X-weekly and will increase to 6X-weekly in February 2022.

Flyr plans to start 2X-weekly service from BGY to Oslo (OSL) from January.

BGY commercial aviation director Giacomo Cattaneo said: “The recovery of traffic and rebuilding our network is ongoing, and as we continue to emerge from the difficulties of the last 18 months, we’re very proud to welcome new airlines and routes.

"These additions to our network show our commitment to offer more choice while we have also developed our facilities to ensure we are not only ready for full recovery, but also expansion. Our new airside terminal is now complete, with the addition of six boarding gates, baggage carousels and added retail offering.”