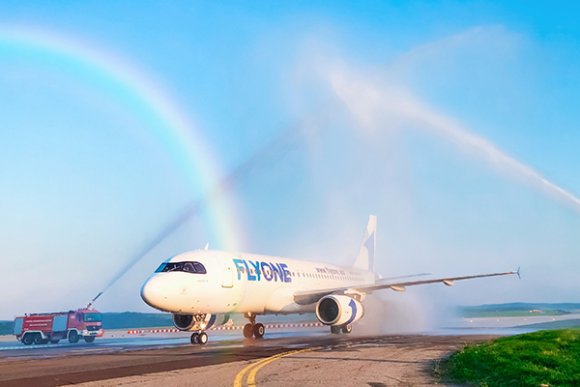 The carrier’s maiden route will connect EVN with Moscow Vnukovo (VKO) with twice-daily flights. Service to Chisinau (KIV) in Moldova—the base of parent company FlyOne—begins the same day, operating daily.

Six more destinations will be added over the following five days. The airline’s booking system shows flights to the Iranian capital Tehran (IKA) will begin on Dec. 16, followed by Istanbul (IST) and Russian city Krasnodar (KRR) on Dec. 17.

In addition, FlyOne Armenia said it plans to serve Kutaisi (KUT) in Georgia twice a week, but reservation is not yet available.

The airline received its air operator’s certificate in late October and will operate a fleet of 180-seat Airbus A320s. The LCC said its entry to the Armenian market represents an investment of €60 million ($68 million).

The planned launch of FlyOne Armenia comes just weeks after the European Union (EU) and Armenia signed a common aviation area agreement that removes limitations and restrictions on flights between EU member states and the former Soviet republic.

The deal replaces existing bilateral agreements with Armenia, enabling EU and Armenian airlines to provide an unlimited number of direct services between any point in the EU and any point in Armenia.

FlyOne Armenia is also the first of two new carriers being established at EVN. Air Arabia and the Armenian National Interests Fund (ANIF) are in the process of setting up LCC Fly Arna.