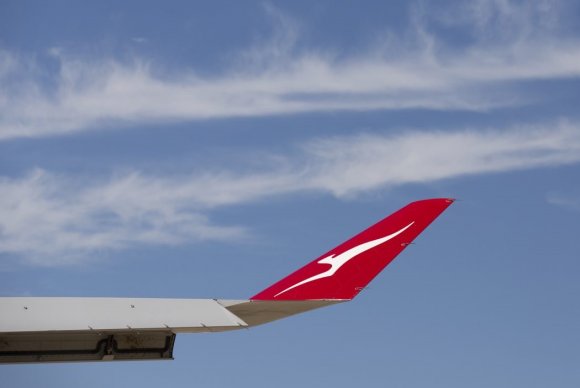 However, a draft document published by the IASC said the arrangement would “reduce competition by increasing barriers to entry” on the city pairs served only by Air Niugini (Cairns – Port Moresby, Sydney – Port Moresby, Townsville – Port Moresby).

In addition it would risk the withdrawal of Virgin Australia from the Brisbane – Port Moresby sector, where both Qantas and Air Niugini offer parallel services. The closing date for submissions to the draft ruling are 14 May 2018.

Qatar Airways 'to start Indian airline'
Qatar Airways is understood to be in the process of setting up a domestic full-service carrier in India. According to a report in The Times of India, it will be fully owned by Qatar Airways but will have an ndian chairman and majority of board members will also be from India.

Akbar Al Baker, chief executive of Qatar Airways is quoted as saying: "Our lawyers have started working on our application. We will soon get some clarification from government authorities in India to give us the exact direction on how we can start the process (and) formally apply for the (licence) sometime soon." The airline has also ruled out bidding for Air India.

Finally, American will seek a dormancy waiver from the US Department of Transportation to discontinue its service between Chicago O’Hare International Airport (ORD) and Beijing Capital International Airport (PEK). The airline also announced it plans to remove the nonstop ORD–PEK service from its schedule in October.

“For the last ten years, it has been a relentless, exhilarating and a most satisfying task building IndiGo,” said Ghosh. “It is now time for me to step off the treadmill and sometime in the near future embark on my next adventure.”

WestJet launches Gatwick service
WestJet has launched its daily non-stop service between Halifax Stanfield International and London Gatwick. This is the first time the airline has used its newest aircraft, the Boeing 737-8 MAX for transatlantic travel.

“WestJet continues to demonstrate its commitment to innovation using its fleet of fuel-efficient, guest-friendly Boeing MAX aircraft for transatlantic service," said Tim Croyle, WestJet’s interim executive vice president, commercial. The airline will launch its inaugural flight between Halifax and Paris on 31 May.

Air France and bmi codeshare
Air France and bmi are launching a codeshare service on bmi’s Bristol-Paris Charles de Gaulle route. The airline currently operates the service twice daily but it will be adding a further flight three times a week - on Mondays, Wednesdays and Thursdays - from 14 May 2018. Jochen Schnadt, chief commercial officer of bmi, said: “Our new codeshare enables customers from across the South West to book through-tickets with Air France to 25 cities across France.”

Norwegian increases Gatwick-JFK frequencies
Norwegian is upping frequency between London Gatwick and New York JFK from 29 October, meaning it will offer 40 flights per week between the two cities. Operated by Boeing 787 Dreamliner, he extra daily frequency will add up to 392 premium seats and 1,974 economy seats a week. The airline serves 11 routes to the US from Gatwick and recently added Chicago and Austin to its network.

“We are very excited to implement this first code-share agreement in Volotea’s history that will clearly benefit consumers to connect important French and Italian cities with the dynamic Portuguese market”, said Carlos Muñoz, founder and CEO of Volotea.

Small Planet to base 320 at Cologne
Small Planet Airlines is to base an A320 aircraft at Cologne Bonn Airport this summer. The Lithuanian leisure airline will be starting six new routes on behalf of FTI Touristik, including a new point on Cologne Bonn’s route map – Olsztyn-Mazury in Poland. This will be a seasonal weekly connection from 3 July. In addition, Small Planet Airlines will operate charter routes to Agadir, Hurghada, Marsa Alam, Rhodes and Antalya.