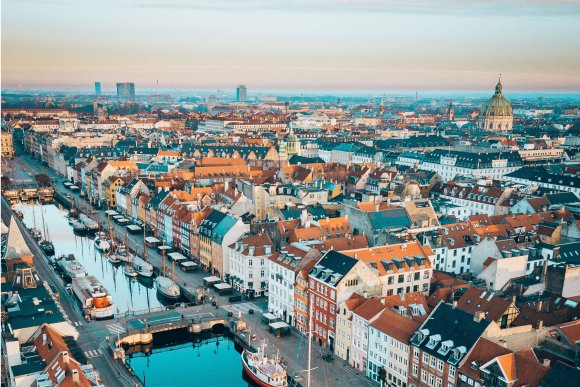 The latest data shows there has already been 4.2 million overnight stays during the first six months of 2019, a rise of 4.8 percent compared with the same period last year. While Denmark, Sweden, Germany, the US and the UK currently generate more than three-quarters of demand, long-haul source markets will take a larger share of overnights demand by 2030.

Tourism Economics’ forecasts suggest the share of overnights from the US and China will rise from 4 percent to 8 percent, and from 1 percent to 2 percent respectively, while other smaller long-haul markets will also grow in importance. This is in line with more rapidly-growing outbound travel demand from these markets.

Denmark’s National Tourism Strategy predicts the city’s tourism industry will grow by 60 percent by 2025, fuelled by 8,500 hotel rooms being added to its existing stock of 21,000 rooms. Major infrastructure projects, like the Cityring Metro, a 15.5km underground circle line as an extension to the Copenhagen Metro, due to open in late September this year, will also make the city more attractive.

The growth comes as Copenhagen celebrates being named the world’s top city for travellers in 2019.

“In Copenhagen we enjoy our own special way of life,” says Mikkel Aarø-Hansen, CEO of Wonderful Copenhagen

The accolade, received in Lonely Planet’s Best in Travel 2019, highlights the city’s status as a centre for Scandinavian design and architecture, its booming food scene, and sustainable credentials. “Denmark’s capital of cool is unstoppable,” it adds.

“In Copenhagen we enjoy our own special way of life,” says Mikkel Aarø-Hansen, CEO of Wonderful Copenhagen, the non-profit organisation charged with promoting Copenhagen and The Capital Region of Denmark and ensuring it meets its tourism targets.

“Cycling is our preferred mode of transport. We swim in the harbour's clean waters. We love gastronomy and great dining experiences – no matter if it’s Michelin starred or street food, and we are very into culture and design. The city lives and breathes these things.”

In 2018 Wonderful Copenhagen launched its first strategy on sustainable tourism, which seeks to address sustainability from an environmental, social and economic perspective. ‘Tourism for Good’ outlines an ambition of managing tourism in a responsible way for the benefit of locals, travellers and the planet, as well as being a driver for positive change.

In addition to the work of Wonderful Copenhagen, sister company Copenhagen Capacity is the official organisation for investment promotion and economic development in Greater Copenhagen. It supports foreign companies, investors and talent in identifying and capitalising on business opportunities in the region.

The organisation helped attract and retain 35 foreign companies in 2018, as well as working with 98 companies in Greater Copenhagen to fill 255 vacant positions with international talent. The region is now home to about 4,600 foreign-owned companies.

Both Wonderful Copenhagen and Copenhagen Capacity work with Copenhagen Airports A/S (CPH) to support the sustainable development of new direct routes to the city by building passenger potential through effective destination marketing.

This includes preparing reports on selected growth markets and collaborating with airlines to market new or expanded intercontinental routes, to helping to develop new cargo strategies, and assisting with attracting tenants to the newly-developed Airport Business Park.

Wonderful Copenhagen, Copenhagen Capacity and Copenhagen Airport will be jointly exhibiting at World Routes 2019 in Adelaide to showcase the tourism and business potential of the city region, building a partnership that has successfully helped to attract new routes to Hong Kong, Beijing and Chengdu the past two years alone.