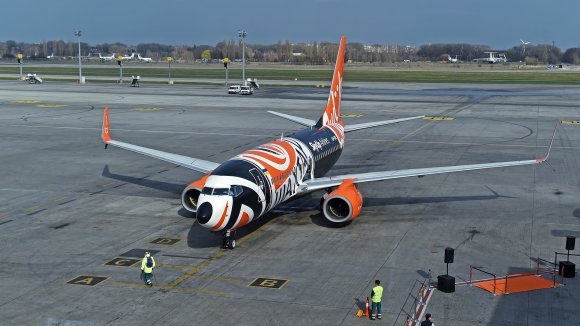 Ukrainian carrier SkyUp Airlines is adding a 28th international destination from its Kiev Boryspil (KBP) base in September as it begins flights to Istanbul (IST).

The low-cost airline will provide a 3X-weekly service on board Boeing 737 aircraft—operating Mondays, Wednesdays and Fridays—from Sept. 25. SkyUp will become the third carrier to serve the route, in addition to Turkish Airlines and Ukraine International Airlines (UIA).

Turkey allowed Ukrainians to enter from July 1 without requiring a COVID-19 polymerase chain reaction (PCR) test and self-isolation. However, passengers must have a health insurance policy that covers the costs of treating COVID-19 in Turkey.

According to data provided by Sabre Market Intelligence, the number of two-way passengers between Kiev and Istanbul totaled 580,726 in 2019, a rise of 3.6% on the previous 12 months.

On the Kiev to Istanbul leg, 25% of traffic was local, with the majority of passengers (58%) flying to destinations beyond the Turkish city.

SkyUp Airlines launched in 2018, operating charter flights on behalf of tour operators and scheduled services, predominantly to leisure destinations. Since restarting operations on June 26, the LCC has been gradually increasing its operations in Ukraine and internationally.

New domestic routes added since the resumption include KBP-Odesa (ODS) and services from Lviv (LWO) to ODS and Kherson (KHE).

Under the guidance of new acting CEO Dmytro Seroukhov, the airline said it wants to increase its share of the domestic market to 50% over the next five years and increase its fleet by between five and seven aircraft by 2022. According to Aviation Week Fleet and Data Services, SkyUp has a fleet of 10 Boeing 737s and has orders for up to seven 737 MAX.

OAG Schedules Analyser data shows the airline’s domestic capacity share was 3.6% in 2019, with UIA commanding 82.3% of the market.

However, Ukraine’s government last year laid out an action plan to grow the share of low-cost routes in the country, increasing the proportion from 38% to 63% by 2024.

Ryanair and Wizz Air have been the main movers since then, particularly on routes to Italy. Ryanair is planning to launch 16 new routes between Ukraine and Italy as part of its winter 2020-21 and summer 2021 schedules, and Wizz is opening 14 new routes by April 2021. Wizz has also opened a new base at LWO.