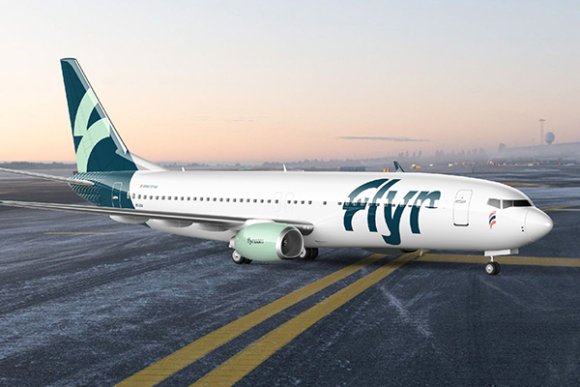 The Oslo-based airline, founded by experienced industry executive Erik Braathen, hopes to begin commercial operations during the second quarter of the year.

During the first phase, Flyr intends to serve larger Norwegian cities and “popular” European destinations before gradually increasing its network. The carrier’s longer-term ambition is to own a fleet of up to 30 aircraft.

“We are in a situation where we can obtain the right aircraft for the right price, and where we can build our systems with new, up to date technology,” CEO Tonje Wikstrøm Frislid said. “Our goal is to provide the customers with a seamless, digital service from start to finish.”

Flyr said it would be fully funded through private investments of NOK600 million ($70 million). Arctic Securities is advising on the placement alongside two other Norwegian investment banks.

“The capital will be sufficient to fund a lean organization with the people and competencies needed,” Frislid added.

“We have said that we will adapt the number of airplanes to market demand. Adaptability and flexibility will be highly important going forward, even though the future looks brighter for the industry now than it did a few months ago.”

The planned launch of Flyr comes as Norway’s aviation market undergoes a period of structural change, with Wizz Air seeking to take domestic share from SAS, Norwegian and Widerøe.

The Hungarian ULCC is wasting no time in in its quest to capture share following its decision to open a base at Oslo Gardermoen (OSL) last November. OAG Schedules Analyser data shows the airline is this week (w/c Jan. 18, 2021) operating 10 domestic routes with more than 9,600 departure seats on offer.

In addition to this, Norwegian has abandoned its low-cost, long-haul strategy to focus on short-haul and domestic services. The carrier this month said that ongoing COVID-19 travel restrictions meant that “future demand remains highly uncertain” for its flights to the US and Asia, making its long-haul operations no longer viable.

“Our short-haul network has always been the backbone of Norwegian and will form the basis of a future resilient business model,” Norwegian CEO Jacob Schram said.

“By focusing our operation on a short-haul network, we aim to attract existing and new investors, serve our customers and support the wider infrastructure and travel industry in Norway and across the Nordics and Europe.”