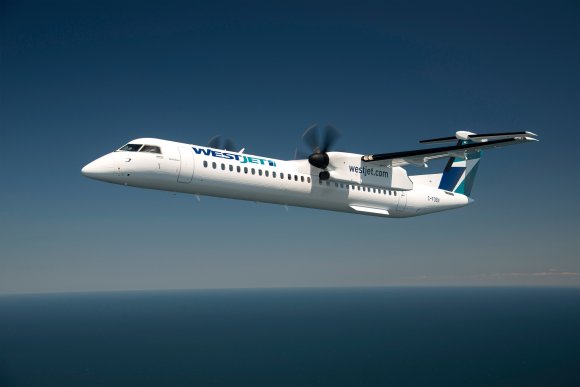 WestJet said it will restart passenger services at five Atlantic airports as Canadian airlines prepare for a hoped-for air travel recovery this summer.

At the time, WestJet CEO Ed Sims said the move was also related to fee increases by airport operators and Nav Canada, combined with a lack of federal support from the Canadian government.

On March 24, WestJet announced it will reinstate routes to each of the five Atlantic airports between June 24 and June 30. In addition to the five aforementioned communities, the carrier has previously announced plans to restart daily services in June to St. John’s, Newfoundland and Labrador; London, Ontario; and Lloydminster and Medicine Hat, Alberta, after suspending those services as of March 19.

“We committed to return to the communities we left as a result of the pandemic, and we will be restoring flights to these regions in the coming months, of our own volition,” WestJet CEO Ed Sims said in a statement. “These communities have been a crucial factor in our success over our 25 years, and it is critical for us to ensure they have access to affordable air service and domestic connectivity to drive their economic recovery.”

Speaking to reporters March 24, WestJet chief commercial officer John Weatherill said he was “cautiously optimistic” about the prospects for a domestic travel rebound this summer, adding that negotiations with the federal government toward restarting international travel are ongoing.

“We remain very hopeful that some of the international travel restrictions will be reduced and removed in due course,” Weatherill said. “We do have international flying in our schedule this summer, and we’re going to continue to monitor the situation and see what develops ... It is our intention to fly internationally this summer.”

Weatherill declined to comment on whether WestJet’s plans will be impacted should the Atlantic provinces choose to maintain their strict travel bubble through the summer. Although Weatherill said the company has “seen some positive signs in the Atlantic region,” including public statements from provincial leaders affirming their “commitment to restart and the importance of restarting safely.”

WestJet could potentially use its Boeing 737 MAX aircraft on the restarted Atlantic routes, Weatherill said, describing the reintroduction of the fleet type in February as “seamless.”

“We’ve had great performance from the aircraft and a great acceptance by the crew and customers who have flown on it, so we intend to reintroduce the aircraft into our fleets and to continue to use them,” Weatherill said. “It’s entirely possible that we may see some of those aircraft on Atlantic Canada routes soon.”