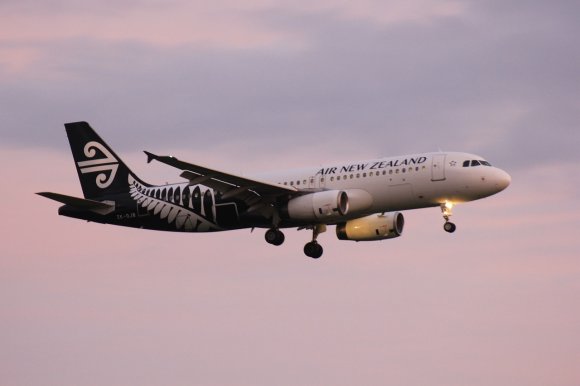 Air New Zealand’s fifth freedom route between Los Angeles and London is to end from October 2020 as part of a shake-up of its international long-haul services.

The route from Auckland to London via Los Angeles has been a mainstay of the New Zealand flag carrier’s network since its launch in 1982. However, the Star Alliance member said “market dynamics” have affected performance in recent years and so it has decided to focus on more profitable routes.

“Air New Zealand is strongest when operating direct flights to and from our home base and this reset will put us in the best possible position to take advantage of increasing demand across the Pacific Rim,” said acting chief executive Jeff McDowall.

“Today Kiwis have more than twice the number of ways to fly to London than a decade ago and preferences have changed. Less than 7 percent of all airline travellers between Auckland and London chose to fly via Los Angeles last year.

“At the same time, the Atlantic has become one of the most hotly contested routes in the world and Air New Zealand lacks the home market advantages and scale of the North American and European airlines we’re up against.”

Air New Zealand employs about 130 staff in London, mainly cabin crew. The base will be closed while 25 roles are expected to be cut at its Hammersmith sales office and ground team. However, the airline said it was hoping to find alternative roles for some affected staff members.

The carrier added that Europe, including the UK, remains a “significant sales region” for Air New Zealand, with more than two thirds of sales generated by the team unrelated to the Los Angeles - London route. It will therefore retain a sales, marketing and cargo presence in London after the transatlantic service ends.

Air New Zealand began flying to London Gatwick via Los Angeles 37 years ago, before moving its operations to Heathrow in 1994. Between 2006 and 2013, it also flew from Auckland to Heathrow via Hong Kong.

The decision to end the long-standing service to London won’t have been easy for Air New Zealand’s Jeff McDowall, who is currently acting chief executive until Walmart’s Greg Foran assumes the role during the first quarter of next year. However, the economics of any route must stack up.

As McDowall says, some transatlantic routes are among the most competitive in the world. On the Los Angeles - London leg, Air New Zealand competes directly with American Airlines, British Airways, United and Virgin Atlantic, as well as Norwegian at London Gatwick. The likes of Emirates and Qatar Airways operating flights between Auckland and London via their Middle Eastern hubs has also put pressure on yields.

By ending the route, the airline will be able to make some significant cost savings by closing its London base, as well as potentially raising a hefty sum from the sale of its slot pair at London Heathrow. It can also direct capacity to faster-growing - and more profitable - markets closer to home that are less dependent on VFR traffic.

Although the schedules for its Auckland - New York route is still to be confirmed, I would expect flights are timed with United to provide onward services, meaning passengers are still able to connect to destinations in the UK and other points in mainland Europe, just not on Air New Zealand's metal.

The Newark flights will operate three times per week on board the carrier’s latest configuration Boeing 787-9 aircraft. It hopes tickets will go on sale soon, subject to regulatory approvals and landing slot confirmation.

McDowall said: “Visitor growth to New Zealand is strongest from North America and performance of our new service to Chicago is exceeding expectations.

“New York has been an aspiration for Air New Zealand for some time and withdrawal from the Atlantic will free up aircraft capacity to make this milestone a reality."

Although McDowall said that 7 percent of passengers between Auckland and London chose to fly via Los Angeles in 2018, data from Sabre Market Intelligence estimates the O&D figure was 13.6 percent, equating to 34,462 two-way passengers.

The Sabre data also shows that only about 7 percent of Air New Zealand passengers between Auckland - Los Angeles - London are travelling in business class. For Emirates this is 12 percent.

The 787-9 aircraft Air New Zealand plans to use on the Auckland - Newark route will have a 275-seat configuration with a higher proportion of business premier and premium economy seating.

"It's terrific we can make a seamless journey a reality for Kiwis wanting to experience New York and for US travellers who have added New Zealand to their bucket list and we look forward to partnering with United Airlines to grow travel in both directions."