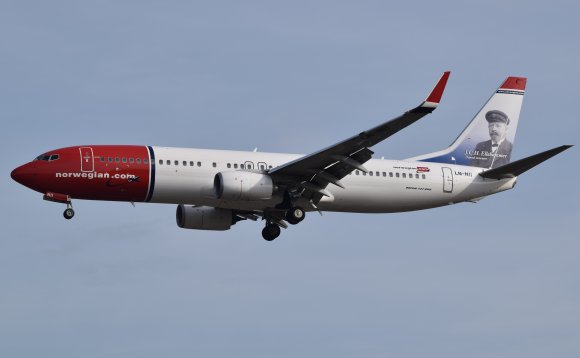 The number of scheduled departure seats from and within Europe dropped by a further 14% last week (w/c April 20) to 2.57 million, of which 1.76 million were in Western Europe and about 810,000 in Central and Eastern Europe. The total figure meant there were 91% fewer seats in the market compared with the same week in 2019.

Has the nadir now been reached? Looking at the latest schedules data for the current week suggests there will be a rise in capacity, with the number of departure seats set to rise above 3 million. Time will tell if this rise will be temporary or if it marks the start of capacity gradually returning to the market as travel restrictions begin to be eased.

Russia remained the largest aviation market in Europe last week with 557,513 departure seats, mainly due to the size of its domestic market. However, this was 12.5% fewer seats than during the previous seven days. At the time of writing (April 29), the country has recorded almost 100,000 confirmed cases of COVID-19 and restrictions on foreign citizens from entering the country remain in place.

Elsewhere in the top 10 largest markets in Europe last week, eight countries recorded capacity declines. However, OAG data shows there was growth in two of them: Italy and France. While the growth in France was marginal—a week-on-week increase of 7,814 departure seats—the capacity rise in Italy was more eye-catching.

According to OAG, there were 470,650 available seats from and within Italy last week, an increase of more than 285,000 on the previous seven days. However, the schedules data lists the grounded Ryanair as having operated 390,000 seats, meaning the true size of Italy’s market last week was probably considerably smaller.

Some of the main stories involving European airlines over the past week have understandably centered on restructuring exercises as carriers continue to grapple with the current travel restrictions and unprecedented reduction in demand.

On April 28, British Airways notified its trade unions of plans for a major redundancy program, affecting up to 12,000 staff. “The proposals remain subject to consultation, but it is likely that they will affect most of British Airways’ employees and may result in the redundancy of up to 12,000 of them,” a statement said.

“As previously announced, BA has availed itself of the UK’s COVID-19 job retention scheme and furloughed 22,626 employees in April.”

Scandinavian Airlines (SAS) has also initiated a process to reduce the size of its future workforce by up to 5,000 full-time positions, representing about 40% of its total workforce. The Star Alliance member furloughed around 90% of its staff in mid-March.

“COVID-19 has forced SAS to face a new and unprecedented reality that will reverberate not only in the coming months, but also during the coming years,” CEO Rickard Gustafson said.

Lufthansa might seek some form of protection from creditors, according to reports, after rejecting proposed conditions of a German government bailout package. The group last week said it had liquidity of around €4.4 billion ($4.8 billion), but “does not expect to be able to cover the resulting capital requirements with further borrowings on the market.”

Meanwhile, Norwegian Air Shuttle has warned that flights could remain grounded until April 2021 and operations would not return to normal before 2022. The LCC on Monday (April 27) published the full details of a restructuring plan which, if approved, would dilute existing shareholders' stakes to just 5.2%. The airline has already received an initial tranche of state aid worth NOK 300 million ($28.4 million).