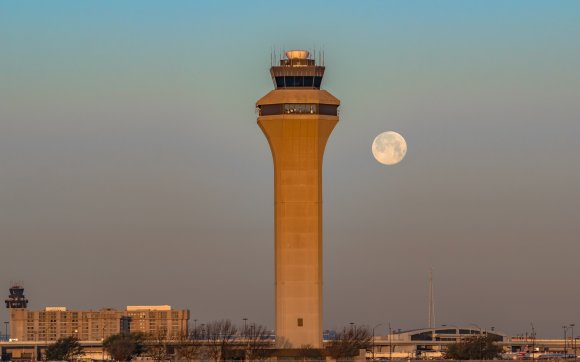 Capacity across North America totaled 7.5 million seats last week (w/c April 27)—16.5 million fewer than during the same week a year ago. The figure also represented a week-on-week drop of 5.2% as airlines continued to reduce their networks.

The total number of departure seats from and within the US last week amounted to 7.2 million seats, while in Canada there were 272,334 departure seats. Domestic routes accounted for about 96% of capacity in the US and 85% in Canada.

The latest OAG figures indicate overall capacity across North America will reduce further this week, falling to about 5.4 million seats.

Dallas/Fort Worth (DFW) offered the largest number of departure seats in North America last week, with 333,166, putting it marginally ahead of Denver (DEN) in second place. The DFW figure was a drop of 5.2% on the previous week, while DEN’s capacity shrank by 4.7%.

Charlotte (CLT) ranked as the third-largest airport by departure seats with 289,207, and Atlanta (ATL) was fourth with 288,273 seats. Chicago O’Hare (ORD) completed the top five.

The below infographic shows the top 10 airports in North America by weekly departure seats during w/c April 29, 2019, compared with w/c April 27, 2020.

Looking at the year-on-year schedules data (w/c April 29, 2019 vs w/c April 27, 2020), ATL has experienced the biggest capacity decline in numerical terms. There were more than 950,000 fewer departure seats last week, compared with a year ago. This equates to a 77% fall.

Of all major North American airports with more than 50,000 weekly seats a year ago, Newark Liberty (EWR) has recorded the largest capacity drop in percentage terms, down by 91.5%. Ottawa Macdonald-Cartier (YOW) is second, down 90.4%, and New York LaGuardia (LGA) is third, down 90.3%. Overall, the top 10 features six Canadian airports and three in New York.

Southwest Airlines continues to offer the most available departure seats in the North American market with 2.62 million, although this was down by 7.1% week-on-week. American Airlines was the second largest with 1.83 million seats, a reduction of 9.2% on the previous seven days, while Delta Air Lines was third with 884,668 seats, down 4.7%.

Delta NS20 Intercontinental operations as of 03MAY20