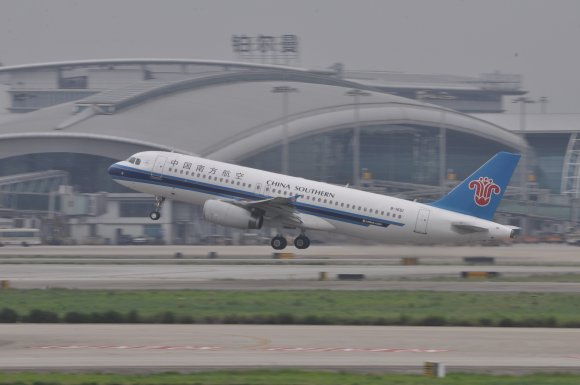 Capacity across the region increased last week (w/c May 4) for the second time since the COVID-19 crisis began. The number of departure seats rose by 5.1% to 18.65 million seats, following on from an increase of 5% during the previous seven days.

Three out of five regions within Asia-Pacific recorded growth, led once again by North East Asia. According to the OAG data, capacity in the region swelled by 986,242 seats to total 13.57 million. However, the figure is still more than 10 million fewer than during the same week a year ago. South Asia and Central Asia also recorded growth last week, rising by 180,650 and 38,720 seats respectively.

China continues to be the largest aviation market in the world by some distance, with capacity growing again last week. The number of departure seats crossed the 10 million-threshold for the first time since early February when strict lockdown measures were imposed to halt the spread of COVID-19. In total, there were 10.27 million departure seats in China last week, a 12.7% increase on the week before. This means the country’s market is now only 35% smaller than it was a year ago.

Other growth markets in the Asia-Pacific region include Vietnam and Kazakhstan. As previously reported, Vietnam’s government has eased travel restrictions in recent weeks, paving the way for the resumption of domestic flights. This has resulted in weekly capacity rising to 563,832, a near 35% increase on the previous seven days.

Vietnam Airlines Group—which comprises Vietnam Airlines, Jetstar Pacific, and Vietnam Air Services Company—plans to restore its entire domestic network by the beginning of June. The group said that from May 16 it would increase flights between Hanoi (HAN) and Ho Chi Minh City (SGN) from 17 to 23 per day. Frequencies will also be increased on other domestic routes.

“It is estimated that by June 2020, Vietnam Airlines will completely recover its domestic flight network after the resumption of Danang-Van Don and Danang-Can Tho routes,” the group said. “The carrier is also working on launching new routes to diversify its product portfolio, thus meeting passengers’ travel demand and promoting post-COVID-19 growth.”

In Kazakhstan, capacity jumped by 55% last week to 100,328 departure seats. The country’s Commission on Preventing the Spread of Coronavirus has gradually allowed the resumption of domestic air service in recent weeks, and from May 18 hotels will be permitted to reopen.

The above infographic shows the weekly capacity of the top 10 Asia-Pacific carriers a year ago (w/c May 6,2019) compared with last week.

The OAG schedules data shows that Indian LCC IndiGo has suffered the biggest decline year-on-year, with a near 100% drop. Flights in India have been suspended since March 25 although reports this week indicated the government is considering easing restrictions on domestic services.

Overall, the top 10 largest airlines by capacity a year ago offered more than 7.5 million weekly seats fewer last week compared with the same week in 2019.

tigerair Taiwan June 2020 operations as of 12MAY20