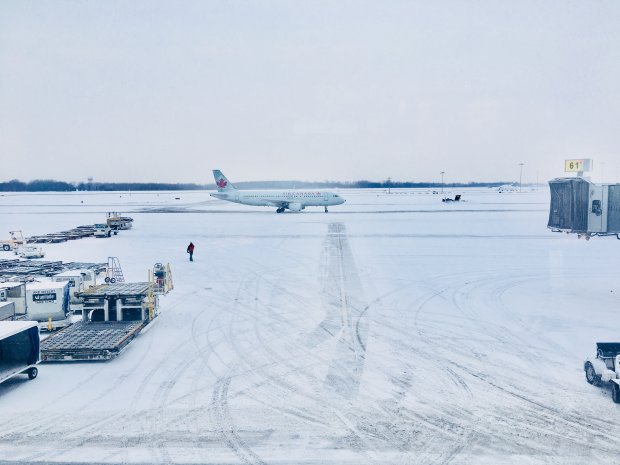 As the industry approaches the start of a new decade, Airport Coordination Limited looks at the winter 2019/20 season and what is looking like a cautious season for airlines.

Whereas previous winter aviation seasons have seen year-on-year growth, this year’s current picture is one of stagnation for UK aviation, with fewer movements and fewer seats being operated than last winter. Three weeks into the current season (W19), ACL scheduling data allows us to analyse the outlook for UK aviation and highlights an end to the growth that had been seen in recent winter seasons.

Despite the positive growth seen at the initial slot allocation date, currently total airline movements for the 27 UK airports served by ACL are 1.2% lower than last winter. This means that operated and scheduled movements have fallen by over 10,000, with two-thirds of airports hosting fewer flights than last year.

We can view the change in the number of movements at Level 3 coordinated airports over time to observe trends against previous seasons. Level 3 airports currently make up 72% of all movements for W19 and give a good indication of the current season outlook.

There appeared to be some growth for W19 at both the initial allocation date back in June and at the series return deadline in July, however a sharp decrease in movements at the hand back deadline means that the current picture is one of a distinct reduction in movements. Movements fell by 6.6% between the slot return and hand back deadlines; in comparison this decrease was only 2.1% last winter.

Comparing the current trend against previous winter seasons, we can assume that it is likely that total movements will have fallen further by the end of the season due to cancellations and non-operations, despite movements having fallen less significantly since the hand back deadline than seen last winter.

Comparing movements by month shows that the most significant decreases are seen in November and January, driven by decreases in movements at almost all Level 3 airports.

This shows airlines appearing to be cautious in these months, likely due to uncertainty in consumer demand. There also appears to be a greater variation in month to month movements than seen in previous seasons; the growth seen in December and February movements significantly contrasts with the steep decreases seen in November and January. The increased variation in movements by month suggests airlines are targeting months with known higher demand instead of months where demand can be more volatile.

The decrease in movements for the season means that total seats are also currently slightly below figures for last winter. Despite this, average seats per passenger movement has slightly increased by 0.9% to 167 for W19. This indicates that airlines are continuing the trend of upgauging their aircraft across ACL-served UK airports.

The number of distinct airlines regularly operating slots and the number of different destination airports serviced have both fallen. Whatever the state of Brexit, the origin and destination regions of movements have shown no significant change, with 86% of flights serving European countries.

Overall, the reduction in the number of movements and seats demonstrates stagnation for UK aviation and the effect of uncertainty in consumer demand. The volatility of movements month on month and the cautious approach of airlines contributes to an unsteady outlook for the season. Airlines upgauging aircraft and increasing movements in December and February show that airlines are targeting efficient use of slots and increased activity in periods of typically higher demand.

This winter marks a change in trends for UK airports, but observation of ACL scheduling data throughout the season and looking forward into the summer will show whether this is simply a temporary phenomenon or reflects a change in outlook for UK aviation as a whole.

“has written ACL Appoints Lesley Cowley as Chair of the Board”