In 2014, it was the eleventh largest airline in Europe. The name 'Alitalia' is an Italian portmanteau of the words Ali (wings) and Italia (Italy).

The company currently operates a fleet of around 100 aircraft to desinations throughout Europe and worldwide. 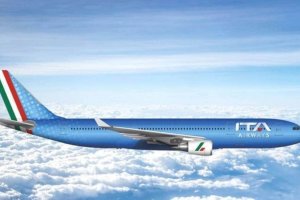 Italy’s new national carrier plans to expand its network to 89 routes by 2025.