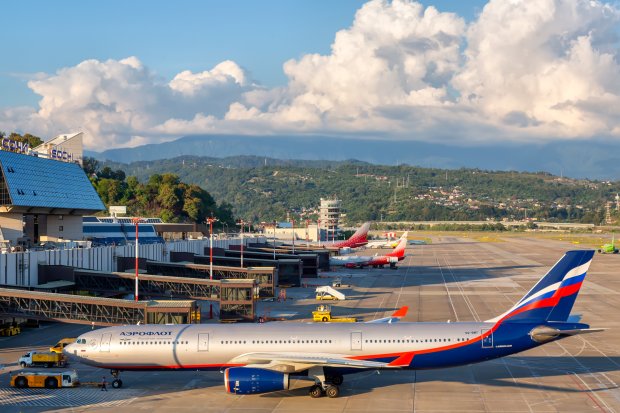 During these 17 days, airport served slightly fewer passengers than during the Olympic Games. Then, in January-February 2014, the passenger traffic amounted to 615 thousand persons. The most eventful day in terms of passengers turned out to be January 3, when 29,183 persons were served on arrival and departure. In total, during the specified period, the airport received 3,255 flights for arrival and departure.

The most popular domestic routes were Moscow, St. Petersburg, Yekaterinburg, Kazan, and Novosibirsk. International air traffic at Sochi Airport is still not restored.

The high excitement was largely influenced by the state Program for stimulating domestic tourism in Russia and related innovations: restrictions on the minimum cost of a ticket were lifted and the maximum refund amount was increased from 15 thousand to 20 thousand rubles.

Besides, Sochi is a tradition of great interest among tourists during the New Year holidays. Winter sports, warm climate, walks in protected areas and many other ways for outdoor activities attract people from all over the country.

Despite the COVID-19 pandemic, Sochi Airport continues to exceed pre-crisis indicators. In July 2020, the airport set an absolute record, even exceeding the indicators of the period of the 2014 Olympic Games and the 2018 FIFA World Cup. So, from July 19 and every Sunday, the airport served more than 40,000 persons per day for arrival and departure, while during the World Cup the maximum number of passengers served was 37 thousand persons. Totally, in July 2020 airport serves 979,004 passengers.

Due to the action of the high alert mode, airport management recommends to use respiratory protective equipment at the airport and observe social distance in the terminals and on board the aircraft.

Recall that at the airport, thermal imagers of all passengers and guests at the entrance automatically measure the temperature during the inspection at the terminal.