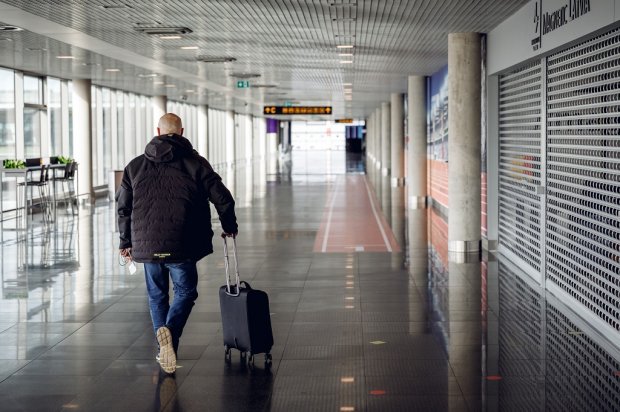 Operational data on the Airport performance this October as compared to October of the previous year show that the number of passengers served at Riga Airport decreased by 87.2%.

The majority or 60.1% of passengers handled in October were carried by the national airline airBaltic, 19.9% by the Irish low-cost airline Ryanair and 6.5% by the Hungarian low-cost carrier WizzAir.

A total of 1.9 million passengers were handled at Riga Airport in the first ten months of this year – 71.5% less than a year before. Last year, the number of passengers at the Airport exceeded 6.5 million at this time of the year.

The number of flights handled at Riga Airport has decreased by 57.4% – 31.5 thousand aircraft landed and took off at the Airport during the first ten months of 2020. The drop is due to the significant decrease in the number of scheduled passenger flights (-76.3%), whereas cargo and business aviation segments are experiencing growth at Riga Airport: the number of cargo flights has increased by 37.6% in the first ten months of this year, while other types of flights, including business aviation – by 81%.

More than 18 thousand tonnes of air cargo have been handled at Riga Airport in the first ten months.

This week, it is possible to travel from Riga Airport to 35 destinations in 31 cities. The Airport's network of routes changes weekly depending on the list of national morbidity rates published by the Centre for Disease Prevention and Control.