INNOVATION, PLANNED MANAGEMENT AND KNOWLEDGE OF THE COUNTRY’S NEEDS: MAINSTAYS OF THE MARISCAL SUCRE AIRPORT 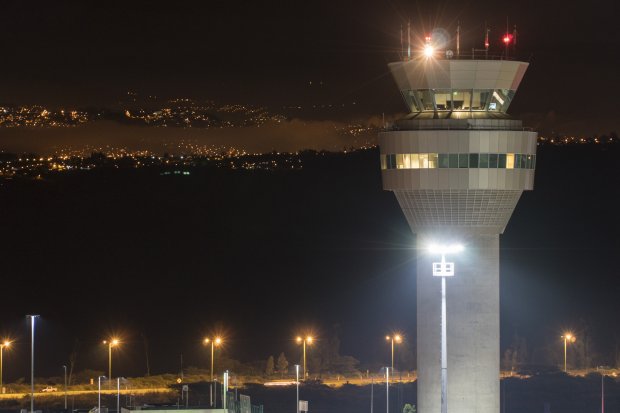 More than 38,000 jobs created during last year is one of the contributions of the Quito International Airport, managed by Corporación Quiport, to the local economy. Greater connectivity, improved cargo transportation and a boost to the tourist sector are added to the above.

In February 2018 the Quito´s Mariscal Sucre International Airport (MSIA) will celebrate five years since its inauguration in Tababela. The location of the new airport – managed by Corporation Quiport – has made it possible to increase foreign trade, improve connectivity, create thousands of jobs, tourist development, and an improved quality of life.

In the middle of this year, ECONOMICA CIC (Centro de Investigación Cuantitativa) delivered the results of the MSIA Economic Impact during 2016, calculated on the basis of the airport’s economic impact on society as well as an economic-geographical analysis of its areas of influence.

Thus, according to IATA the Connectivity Index (which measures the airport’s degree of integration into the global transportation network) grew from 4.75% in 2010 to 10.24% in 2016.  This improvement has increased domestic productivity by 0.51% in respect of 2010, thereby involving an actual GDP increase equal to US$ 356.75 million.

According to Andrew O’Brian, President and CEO of Corporación Quiport, those figures ratify the importance of a management model which focuses on the country’s demands.  “Airports are development nodes having effects over many areas.  Therefore, the city urgently needed to move its airport operations to an adequate location. Besides, it was necessary to find a strategic partner capable of exploiting the potential of the new airport. This is the role that Quiport plays in this successful public/private partnership model.”

In relation to tourist development, the visitors that arrived in Ecuador through the Mariscal Sucre Airport in 2016 represented expenditures equal to US$ 817 million at a national scale, and US$ 290 million in Quito only.  Furthermore, the area destined for cargo, which measured 15,198 square meters at the airport’s previous installations, now occupies 45,000 square meters. Thus, transportation capacity increased from 150,000 metric tons to 250,000 metric tons per year.

Additionally, this management model has contributed with 38,270 jobs during 2016.  Of those, 8,228 are direct jobs, and from this segment 19.32% corresponds to workers from parrishes surrounding the MSIA.

Likewise, the communities near the Airport have benefitted from an improved highway system with the so-called Ruta Viva and Collas roads.  Additionally, the area has a better coverage of banking services, notary offices, governmental offices and new businesses. During the 2006-2016 period, the average value per square meter of the land increased by 147% in urban locations, while in rural locations the variation was 109.59%.

“All those benefits are translated into opportunities for the improvement of thousands of Ecuadorians who have found at the MSIA a catalyst to enhance their standard of living. Thus, we realize Quiport’s vision of being an engine for social and economic development in the city”, O’Brian concluded.

“Quiport’s conduct of business has made the airport a catalyst for progress.”

Corporación Quiport was created with the objective of making the New Quito International Airport project, a long-standing desire of this city and a necessity that had been curbed during many years, viable. The opening of the New Mariscal Sucre Airport was a step forward in respect of airport services for Quito. Thanks to its focus centered on the needs of the country, the city, our customers and our passengers, Quiport’s management has made it possible to increase Ecuador’s connectivity with the world and has converted the airport into a catalyst to boost tourism, air exports, and development of the communities adjacent to our operation. We contribute to employment by generating 8,200 direct jobs in the airport.  Our commitment is to develop airport services by maintaining high quality standards.