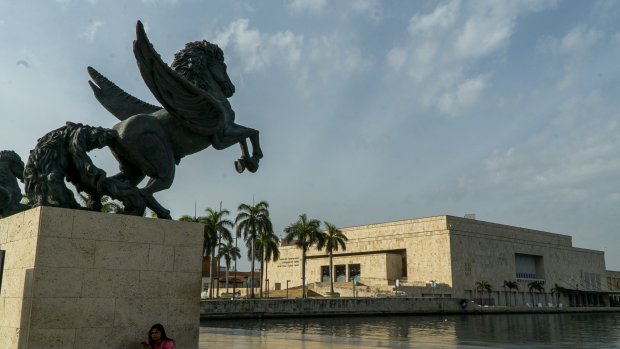 A total of 229 foreign companies that operate in the country were surveyed by the Regional Investment Promotion Agencies and ProColombia regarding the expectations of their operations amid this crisis.

The companies were mainly optimistic about their performance in the country. 99,6% of the surveyed companies are still considering Colombia as a destination for their investment.

Despite the crisis resulting from the pandemic, the international companies keep their confidence in Colombia. This is revealed in a recent survey done by ProColombia and the Regional Investment Promotion Agencies to 229 foreign companies that have their operations in the country, which, almost unanimously, are still considering Colombia a strategic investment destination.

The “National Perception Survey to Investors”, in which the promotion agencies such as ACI Medellín, Invest in Armenia, Invest in Pereira, Invest in Santander, Invest in Cartagena, Invest in Cesar, Invest in Santa Marta, Invest Pacific and ProBarranquilla participated, led by ProColombia and Invest in Bogota, was carried out with the aim of knowing the perception of the companies regarding the crisis, as well as the strategies they have adopted in order to continue their operations in the country.
This also revealed that 66% of the surveyed businessmen are optimistic regarding the operations of their companies in the country, while 30% are feeling the same in respect to the performance of the economy in general.  Regarding the impact that the Covid-19 has had on the operations of these multinational companies, 89% of the surveyed companies manifested they are still operating, 80% are operating with at least 50% of their installed capacity.

“These results demonstrate that Colombia is still appealing for the investors. efficient foreign investment is one of the essential instruments in the current crisis, not only because it increases the exports, but because it creates job opportunities and boost the economy. That is why we work on three areas to promote the arrival of more investors: investment facilitation and business environment tools; relocation of companies that look for a new organization in their supply chains and efficiencies when leaving other places; and sector and regional incentives”, assured José Manuel Restrepo, Minister of Trade, Industry and Tourism.

In regards to the institutional support provided by ProColombia and the Regional Investment Promotion Agencies, the surveyed companies highlighted that the management of the entities is relevant thanks to the fact the it generates value information for decision making and it helps them with the dialogue between the regional and central governments.

“We want to spread a message of support and of deep respect to the foreign investors and Colombian businessmen. They can have the absolute confidence that, with the leadership of President Iván Duque and aligned with the Ministry of Trade, Industry and Tourism, we are working with conviction and commitment in favor of the business network of the country. We are convinced we are going to overcome this challenge all together. Having your optimism, commitment and support is essential in order to continue forward with confidence” said, Flavia Santoro, president of ProColombia.

The surveyed businessmen lead companies mainly from the United States (24%), France (9%) Spain (8%) and Mexico (7%), and are mainly from the manufacture, IT services, processed foods, BPO and shared services sectors.

A crisis that has driven the change

The answers of the businessmen also allowed to identify that more than half of them have considered or have already done adjustments in their business model. The main changes that the current crisis have brought are related to the development of new business lines, the use of electronic channels for the management and reduction of the operational costs.

Also, 69% of the surveyed businessmen say that their companies have found opportunities in the crisis, especially in the BPO and shared services, technological services and medical devices sectors.

Teleperformance is an example, it is an international company with more than 330,000 employees globally and they are present in 80 countries, and in Colombia it has operations in Bogotá, Medellín, Tunja and Barranquilla. “The near future gives us hope when seeing a clear opportunity of capitalizing opportunities in the market that would allow us to demonstrate how the Colombia DNA is made to adapt to big challenges” said Andrés Bernal, CEO of the company.
It is worth to mention that the survey to the investors has 4 regional chapters in which the information is broadly presented from Bogotá (Invest in Bogota), the Central Region (ACI Medellín, Invest in Armenia, Invest in Pereira and Invest in Santander), the Caribbean Region (Invest in Cartagena, Invest in Cesar, Invest in Santa Marta and ProBarranquilla) and the Pacific Region (Invest Pacific).

“has written Settled investors ratify Colombia as an investment destination”

Key Contacts at Colombia by ProColombia