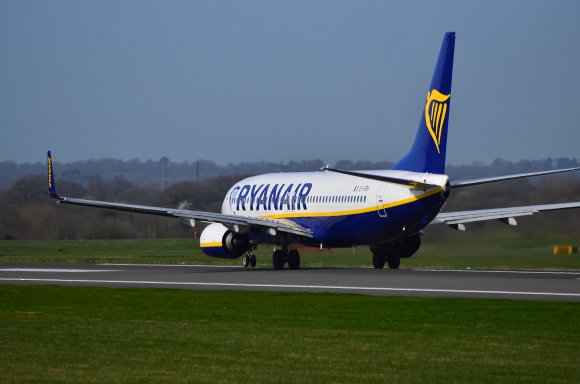 OAG figures show that the number of departure seats across Europe totaled around 3.66 million last week (w/c May 4), a week-on-week reduction of 1.4%. During the same week in 2019, there were 28.7 million seats in the continent’s market, meaning it now 87.2% smaller in size than it was a year ago.

Russia maintained its position as Europe’s largest aviation market by capacity with 546,315 departure seats. However, this was down from 733,845 during the previous seven days.

The UK is planning to introduce a 14-day quarantine period for passengers arriving by air. Prime Minister Boris Johnson announced the measures during a video address on Sunday (May 10) although no start or end date for the measures has been confirmed.

Passengers will be asked to self-isolate and to provide an address when they arrive at the border. However, travelers from France and Ireland will be exempt from the measures.

Johnson said: “I am serving notice that it will soon be the time—with transmission significantly lower—to impose quarantine on people coming into this country by air.”

Spain has also unveiled plans to implement a two-week mandatory quarantine for travelers arriving from overseas starting on May 15.  The quarantine requirement will stay in effect through the country’s state of emergency period to May 24 but could be extended.

Passengers will be required to complete a location card with contact and accommodation information so authorities can contact them during the quarantine period. The restrictions apply to both Spanish nationals and international travelers.

The European Regions Airline Association (ERA) said the quarantine measures imposed by the UK and Spain would be “arduous and damaging to the recovery of air transport in Europe.” The organisation added the move would have a detrimental effect and lengthen the time it will take for the travel and tourism industry to resume operations and services to consumers.

“A clear set of measures across the EU and third countries is needed urgently to allow aviation to recover,” ERA director general Montserrat Barriga said.

“A strategic set of processes and protocols can be implemented to make this happen that would re-establish confidence in flying. Quarantine measures will enforce a stalemate situation that benefits neither the passenger nor the airline.

“Collaboration is needed by all involved, otherwise the pathway to reconnect and reunite Europe will remain long, lengthy and economically devastating.”

“We’d been planning to resume, on a pretty significant basis, flying in July. I think we’ll have to review that,” Walsh added.

Despite the quarantine plans being implemented by the UK and Spain, the European Commission is expected to advise countries to open borders to other countries with similar coronavirus risk profiles.

Ryanair this week said it intends to operate a daily schedule of almost 1,000 flights from July 1, with service from “most” of its 80 bases across Europe. However, the Irish carrier admitted the plans are subject to government restrictions on flights within the EU being lifted and “effective public health measures” being put in place at airports.

The LCC’s planned schedules from July would restore 90% of its pre-coronavirus route network and 40% of capacity. There would be fewer daily and weekly frequencies on trunk routes as it works to restore some service on the widest number of routes, rather than operating high frequency services on a small number.

In the coming says, Ryanair plans to operate 3X-weekly flights to Bucharest (OTP) and Sofia (SOF) from May 15, with daily service to Porto (OPO) starting on May 22.

Czech Airlines also plans to gradually resume operations from May 18, with plans to fly from Prague (PRG) to Amsterdam (AMS), Frankfurt (FRA), Paris (CDG) and Stockholm (ARN). Effective May 24, the carrier intends to resume operations on its Kiev (IEV) route, with Odessa (ODS) flights to follow the next day, provided mandatory quarantine restrictions are terminated in Ukraine, as currently scheduled. On 25 May 2020, flights to OTP will also resume.

Brussels Airlines is to cut its 4,000-strong workforce by a quarter and reduce its fleet by 30%. The carrier said it started the year with “positive” traffic and revenue, but demand has been hit “extremely hard” since the airline was forced to temporarily suspend flights on March 21.

Air France week of 17MAY20 European operations as of 10MAY20

Eurowings week of 24MAY20 operations as of 10MAY20

Lufthansa week of 24MAY20 European operations as of 10MAY20

British Airways June 2020 European operations as of 10MAY20