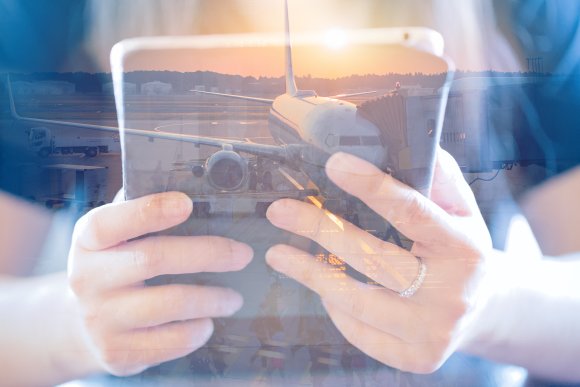 The Routes Reconnected conference program featured more than 30 hours of keynote interviews and panel discussions, featuring CEOs from the likes of Ryanair DAC, Austrian Airlines, SWISS and SriLankan Airlines. Here are some of the key quotes from the sessions this week.

Governments need to step up their support for airports

Research from ACI World found that total passenger traffic at the world’s airports decreased by 64.6% in 2020, with global aircraft movements down by 43% on 2019.

The organisation pointed out that for airports, revenues are tightly correlated to traffic levels but, like many other capital-intensive businesses, a large proportion of airport costs remain largely fixed and do not fall at the same level as traffic throughput and revenues during the crisis.

ACI World director general Luis Felipe de Oliveira therefore called on governments to recognize the economic realities being faced by airports and increase the support being given.

“We’re seeing a huge difference in terms of the packages that airlines are receiving the package that the airports have received,” he said.

“Airports need to continue to operate—not only for cargo flights, but also humanitarian flights—and they need to serve their communities. About 60% of jobs in the aviation industry are in the airports…and these jobs are at risk.”

Business travel will recover—but not yet

Swiss International Air Lines CEO Dieter Vranckx said he was confident that the advent of technology will not eradicate the business market on which the airline has thrived in recent years.

“In the two-to-five-year period, it's clear that there will be an impact on business travel, because we have all been forced in the last 12 months to realize what a video call can do, and also what it cannot do,” he said.

“I don't believe the people who say ‘everything will be digital in the future.’ I think that the balance will be in the middle.”

“Over time our network will balance out again because we need to make sure that we still continue to have an interesting corporate offer for our business travelers.”

Ryanair DAC CEO Eddie Wilson believes many airports in Europe have not yet “woken up” to the lower levels of capacity in the market, claiming that capacity in the region could shrink by up to 30% from next winter.

“There’s going to be primary and secondary airports out there which are going to be in for a lot of pain next winter and particularly next summer when they realize there’s no traffic,” he said. “The days of unbridled growth at airports, where they just wait to see who shows up, are going to be over.”

Wilson predicted that the landscape in Europe will be “completely different” once the COVID-19 crisis subsides and he expects there to be fewer seats, mainly on short-haul routes.

The growing importance of cargo

SriLankan Airlines CEO Vipula Gunatilleka said cargo operations have proved so successful that the carrier will prioritize cargo in terms of future network and fleet planning.

“Our strategy is to build the passenger network around the cargo network,” he said. “We have found a lot of opportunities in cargo as a result of being an island nation. We are happy to say we are operating a cargo network that includes destinations such as Milan and Sydney.”

The carrier is now pursuing the purchase of two freighter aircraft.

Disjointed approach is hampering the recovery

Wizz Air CCO George Michalopoulos criticized the disjointed approach from governments in Europe, saying that the uncertainty in the market risks jeopardizing the recovery this summer. He said governments appear to be “extremely reluctant” to give any sort of visibility beyond a few weeks, which places all the risk on airlines.

“I think governments need to acknowledge that large parts of the population are now being vaccinated or have been vaccinated,” he said. “The number of infections today is not going to have the same impact on population and hospitalizations as it did six or nine months ago, and I think they really need to be factoring that.”

Austrian Airlines CEO Alexis von Hoensbroech said he considers regional aircraft to be a “dying” business, with the carrier’s De Havilland Dash 8s becoming a victim of the pandemic.

“Over the last decades we have seen that flying regional aircraft is basically a business that is dying out, at least within Europe,” he said. “This is a trend that you can't work against because the ticket prices came down so much that the unit cost of the small aircraft are just too big.”

Although Austrian has removed 18 Dash 8s from its fleet, the carrier still has 17 Embraer E195-E2s that will cover smaller markets. “That’s a big jump from 74 to 120 seats, and then the next aircraft is the Airbus A320,” von Hoensbroech said.

“It's a big step, but I think given how markets have developed over the last years and decades this is the right composition. It's so much easier nowadays to simulate traffic than it was, maybe 20 or 30 years ago.”

Slot system will be key to the rebuild

IATA head of worldwide airport slots Lara Maughan said airlines around the world are dealing with a “patchwork approach” regarding airport slot waivers this summer, with rules differing from region to region.

But she does not believe the voices calling for the global slot system to be dropped will win the argument, explaining that it would be destructive to the global airline network—which, in terms of city pairs, is 50% less connected that before COVID-19—to discard the slot system.

“The last thing we need as we come out of the crisis is airlines being unclear on how they can reconnect city pairs,” she said. “You need to know that you’ve still got that [slot] structure for your network in place. The problem now is that nobody knows how and when the traffic will recover.”

Viva Air CEO Felix Antelo believes there is the potential for low-cost operators to challenge legacy carriers on interregional routes in Latin America.

He said that while the region’s LCCs and ULCCs are strong in domestically, the likes of Avianca and LATAM Airlines Group are largely unchallenged in many international markets.

Lack of alignment is undermining confidence

Istanbul Airport (IST) VP aviation development Majid Khan claimed a “lack of alignment in the industry” is a potential threat to customer confidence in the recovery.

“Because as a passengers, you might think ‘do I have the right pass, have I taken the right vaccine’, and I think that can be a potential issue.”

“Tourism is an international activity and those are the two pillars of success if we are to somehow find a pathway to restart,” he said. “As a result, international bodies can play a very crucial role, especially in terms of the coordination of their responses.

“Of course, at the same time, we have to deal with our own respective health authorities, which tend to be very, very protective, and very, very wary and conservative in terms of the way that they’re going to approach opening. This sets the stage for a very, very difficult situation.”