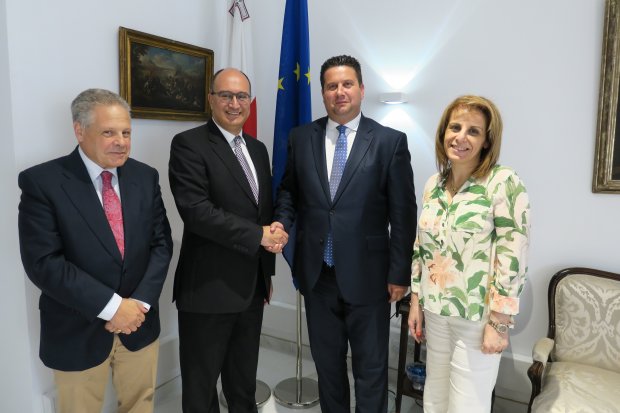 Air Malta is pleased to announce the appointment of Joseph Galea as new Acting CEO as the two-year term of the present CEO Philip Micallef comes to an end.

Joseph Galea has over thirty years’ experience in the travel industry and for the last two years has been Deputy Chief Commercial Officer with Air Malta, following a long stint with MTA as Director International Marketing based in Germany.

After thirty-five years in senior executive roles in Malta and various countries, Philip Micallef will be moving on to the next challenge in his career.

Philip Micallef commented, "My two year term at Air Malta has been very challenging and interesting. Thanks to the commitment and hard work of my management colleagues and all the staff we have managed to exit the EU Restructuring Plan and the airline is finally back on the road to profitability. The company is now entering a new and exciting phase of growth and moving closer towards the conclusion of the talks with the strategic partner. I have worked very closely with Joseph for the last two years and the company is in the hands of a person who knows the market and its players extremely well".

In his initial comments Joseph Galea remarked, "It is indeed both an honour and a challenge to take over temporarily the position of CEO as talks with the strategic partner are concluded. This is a most exciting time that gives Air Malta the chance to consolidate its position as the national airline of the Maltese islands and to have the chance to go for structured growth over the next years".

Minister for Tourism Edward Zammit Lewis and Air Malta Chairperson Maria Micallef thanked Philip for his hard work and wished Joseph all the best for his new role.