Pacific Coastal Airlines is a privately owned British Columbia-based regional airline operating from Vancouver International Airport’s South Terminal (YVR) that currently flies to 18 airports in British Columbia. We are the sixth-largest airline operating at Vancouver International Airport (YVR) based on total outbound seats, and the third-largest based on take-offs and landings. Connecting to additional destinations along the south coast of British Columbia through its affiliate airline Wilderness Seaplanes, located in Port Hardy on northern Vancouver Island. 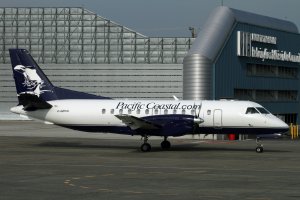 If approved, the routes will become the first international services from Spokane in more than a decade.