The opening of the Seychelles International Airport in 1972 marked the beginning of an important era in the evolution of Seychelles’ Air Transport and Tourism industries.

The airport was officially opened 7months after the landing of the first commercial flight to Seychelles by Her Majesty Queen Elizabeth II on 20th March 1972.

Over the years that followed major developments of the facilities and infrastructures were implemented in order to ensure the level of services and the capacity requirement of airlines and other air transport operators.

Almost 40 years since its official... 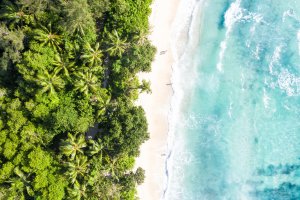 The carriers said they plan to expand codesharing in the future.