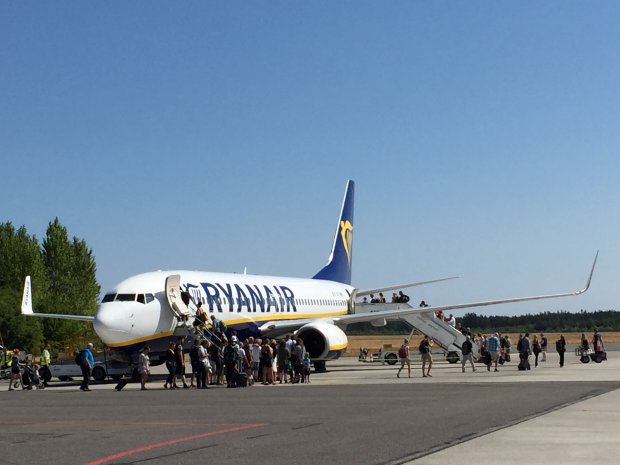 Ryanair expands at Aarhus in Summer '21

Irish low-cost leader Ryanair this week announced that it will open two new direct routes to southern Europe this summer - the Greek island of Corfu and the Dalmatian Coast gateway of Zadar, in Croatia - from the Scandinavian city of Aarhus

Aarhus Airport welcomed the news from its long-term partner, kick-starting the summer with two brand new routes from mainland Denmark - where Aarhus is the only airport to offer direct links to the so-called Greek island pearl and to Croatia's popular Dalmatian destination.

The airline confirmed that they are opening-up the brand new route to Corfu in Greece at the same time as the direct service to Zadar with both services commencing on 2nd July in time for summer and operating on both Mondays and Fridays, twice-weekly.  The airport's route development team welcomed the Ryanair news saying, “these are two very attractive destinations that mainland Danes now have direct access to from Aarhus, where Corfu has long been on the customer wish-list and until now, a bit awkward to get to.  A little further up the Adriatic, historic Zadar is tapping directly into the growing attention that Croatia has gained among Danish sunseekers, so it is well anticipated by Ryanair to prioritize both these two routes, covering a gap in the market and with a strong signal that they are investing in the vacation wishes of the Aarhus population base, which is the fifth largest in the Nordics”, commented David Surley, director of route development at Aarhus Airport.

Flights from Aarhus to Corfu and Zadar will both fly until 29 October 2021 this summer, joining Gdansk and London Stansted on the Ryanair departure board, with operation on those services resuming shortly having paused due to pandemic-related travel restrictions.  Flights linking Ryanair's new Corfu base are 3 hours in duration, performed by the carrier's 189-seat Boeing 737-800 fleet, while flights from Zadar will be marketed by Ryanair and undertaken by the Lauda Europe operation aboard 180-seat Airbus A320 aircraft.