Vienna Airport Named the “Medium Airport of the Year 2019“ 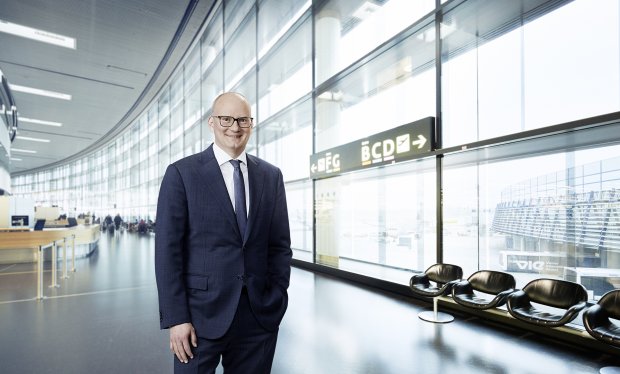 The Centre for Aviation (CAPA), one of the world’s largest aviation organisations, gave Vienna Airport its top ranking in the Aviation Awards for Excellence which are well respected in the industry. Austria’s largest airport won this year’s prestigious honour in the category “Medium Airport of the Year”. The international jury of experts was impressed by the airport’s development with respect to its flight offering, service and terminal quality as well as its long-term strategy.

“Vienna Airport has been very successfully growing in different areas in recent years. The flight offering has been strongly expanded, the quality of service has further improved and the terminal infrastructure is being continuously modernised and upgraded”, says Julian Jäger, Joint CEO and COO of Vienna Airport, who accepted the award at a gala dinner held in Malta. Parallel to the dynamic growth, we have already been able to reduce CO2 emissions by 70% since 2011. By the year 2030 we want to operate our airport in a completely CO2 neutral manner. The CAPA award confirms our strategy and the fact that we are on the right path”, he adds.

Each year the Australian market research institute Centre for Aviation (CAPA) grants its Aviation Awards for Excellence in recognition of the strategic excellence of airports and airlines in various categories. Vienna Airport was named the “Medium Airport of the Year” in 2019, winning out against all other airports which handle 10-30 million passengers annually. The assessment takes place on the basis of market research and analysis data by an international jury of experts. Within the aviation and travel industries, CAPA is considered to be a reliable and independent source of market information. The organisation was founded in the year 1990 and boasts an extensive and global network of aviation researchers and analysts.