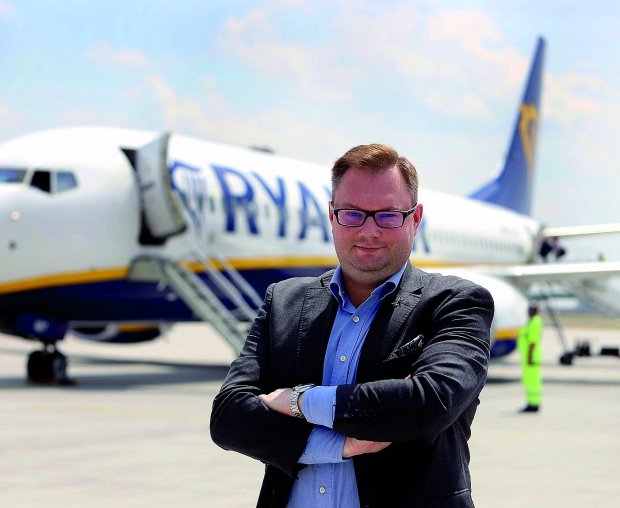 Convenient location for logistics is a strong advantage of Lodz. The intersection of various transport modes, intermodality have a decisive impact on the location of investments.

It is not possible to look for such convenient conditions for logistics development in Central and Eastern Europe as those offered by Lodz and its surroundings - writes Artur Fraj, Commercial Director and Proxy of the Airport in Lodz about the transport network around the airport.

More unique conditions are located in the western part of the airport, from ul. Sanitariuszek. Here, intermodality of transport gains a special dimension - three different types of transport are available in close proximity.

The Lodz Airport runway provides the ability to perform air operations by most freighters, as evidenced by two air cargo operations in 2018 with the participation of one of the largest transport aircraft in the world, An-124 "Ruslan", with a takeoff weight of nearly 400 tons.

The second element of the intermodal transport network is rail, specifically the railway line No. 14 Lodz Kaliska - Tuplice, leading from the centre of Poland to the western border of the country. This line belongs to the so-called freight corridor No. 8. The current Lublinek railway station is located just 800 meters from the western end of the runway.

In the document prepared by PKP Polskie Linie Kolejowe SA regarding the Lodz railway node, there are even two variants of departing from this railway line to the airport, and more specifically to the existing passenger terminal, and therefore intended mainly as part of intermodal passenger transport. A distance of only 800 meters between the existing railway station and the west end of the airport allows, however, the free development of freight transport. In addition, the commenced preparations for the construction of the cross-city tunnel between the Lodz Fabryczna and Lodz Kaliska stations will cause that railway line No. 14 will gain additional significance as the western "exit" of Lodz, not only for passenger trains but primarily for freight trains.

Road transport is the third element of the intermodal transport network. The Western Ring Road of Lodz, and more precisely its last, missing section, is to close the road ring around the city. The 16 km section will directly connect the A2 highway with the S8 expressway, thus enabling direct and fast traffic in the direction of Wrocław and Poznań, but also easily connected to the A1 highway, and thus to the north. The southern connection to the A1 motorway already provides a direct link to the S8 route from the A1. S14, or more precisely the missing connector of the West Bypass of Lodz will be a key element of the intermodal transport system. The nearest road junction on this section will be only 1.5 km from the western border of the airport.

Such convenient location conditions for logistics and forwarding are our strong advantage. Intersection of various transport modes, intermodality have a decisive impact on the location of investments in this sector, scientists from the Massachusetts Institute of Technology noticed this uniqueness and already pointed out a few years ago that there are very few places like Lodz in Europe, they also emphasized the similarity to conditions that have contributed to the success of the logistics hub in Luxembourg.

The development of logistics directly related to the accessibility of various means of transport is supported by the availability of warehouse space. Central Poland is a leader in this subject - over 2 million square meters of warehouse space is located just 20-25 km from the airport. The two main clusters are, of course, around the junction in Stryków, but also the regions of Olechów (district of Lodz city), which owes its success to the development of the Eastern Ring Road of Lodz.

The western areas of Lodz, next to the airport, will gain strategic transport significance after the implementation of two important investments: completion of the S14 route and construction of the cross-city tunnel. We are already seeing investment interest and are preparing to maximize the use of our location assets.

The development of Lodz's cargo will be directly linked to full intermodality in the western part of Lodz. The convenient availability of warehouse centres on the eastern side of the city and north of Lodz will also increase the attractiveness of cargo service at the airport. Similarly to Luxembourg, the logistics hub of Central Poland has a chance to play an important role not only in Poland but also in this part of Europe. This project requires the cooperation of many stakeholders - both private, forwarders and developers, as well as public - managing the airport, rail or road system.