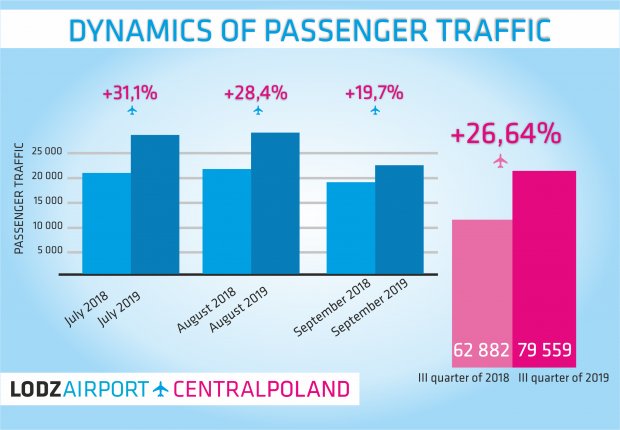 Lodz Airport has seen consistent growth since the beginning of the year. The largest - in the summer season. In the last quarter alone, nearly 79.6 thousand passengers passed through the airport, i.e. by 26.5% more than in the corresponding period of 2018.

Such good results were achieved due to the consistent development of charter flights and cooperation with tour operators. The biggest rise in passenger numbers was noted during the summer period.