Lodz Airport: Host city of the largest multisport event in the world this year

The city of Lodz, in the next 13 days will be the hosting place of the most prominent university sports event in Europe. The official opening ceremony was held at the Atlas Arena with the presence of the representatives of the highest authorities representing the host country, the University of Technology of Lodz, University of Lodz, City of Lodz, European University Sports Association (EUSA), VIPs, Officials, athletes, and citizens of Lodz. 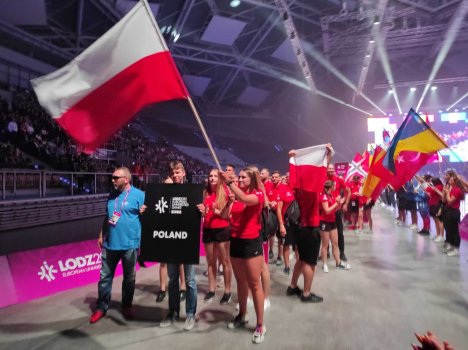 The main event of the evening was the Athletes’ March, where the 6.000 athletes from 40 European countries danced on the tarmac proudly showing their countries flag and highlighting their universities. The entrance of the Ukrainian delegation was welcome by a standing ovation of the arena, giving support not only in their fight at these Games, but also in the face of war in their homeland.