The year 2007 saw the rapid traffic growth at both PVG and SHA, including passenger volume, cargo volume and aircraft movements. Cargo volume at PVG ranked world 5th in 2007. 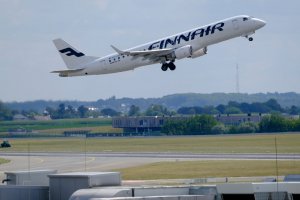 Finnair Pivots To US Market While Awaiting Asia’s Recovery

The airline’s long-haul strategy has historically centered on Asia, but with a slow recovery on the horizon, the Nordic carrier is temporarily...